A leading headteacher has criticised the government’s new school funding website for displaying figures for his school that are hundreds of thousands of pounds higher than the sum he will actually receive.

The Department for Education launched a new online tool last week that allows anyone to find out how much money their local school will receive under planned increases from April.

Despite the government creating its own funding website, showing how much money they say they are providing each school, the reality is different

The figures are different because Essex County Council has not yet fully implemented the government’s new national funding formula (NFF). Local authorities are not required to do so until April 2021.

The DfE’s new website makes it clear that schools’ final funding figures “may be different” to its displayed figures.

But Goddard said a lack of school funding was “once again causing me and so many other headteachers extreme anxiety”. 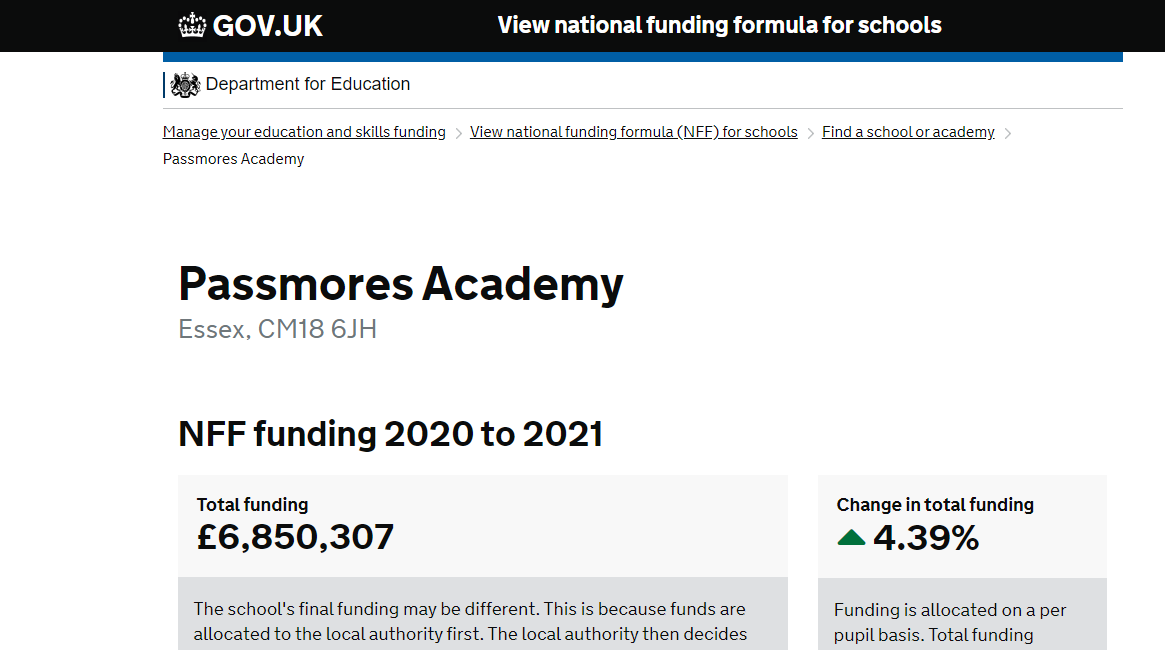 “Despite the government creating its own funding website, showing how much money they say they are providing each school, the reality is different.”

The problem is likely to affect many more schools.

Schools Week understands around two-fifths of councils are not yet operating funding systems that exactly mirror the NFF.

Essex County Council said it would be “very challenging” for it to implement the full national funding formula because of a shortfall in the cash handed to it by central government.

“The national funding formula allocation for growth in Essex is £7.5 million and Essex needs a budget of £10.7 million to meet demand,” a spokesperson told Schools Week.

Goddard added: “As we’ve known for some time, it’s not how many slices of pie there are but how big the pie is in the first place. There is simply not enough money being put in to the education of our children.”