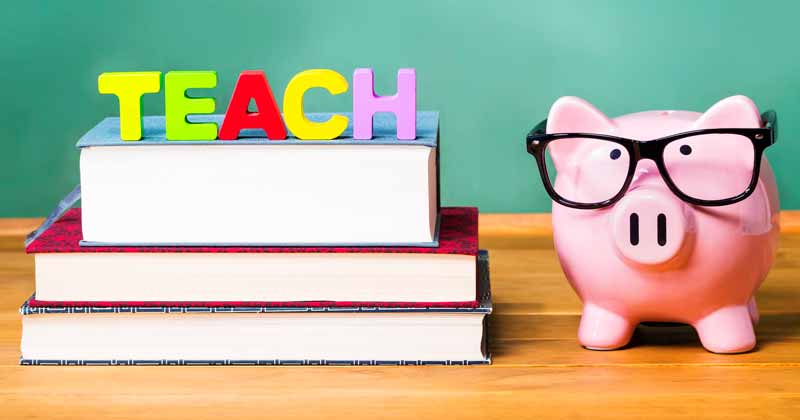 The government should speed up and extend its roll out of bonuses for teachers who choose to teach shortage subjects or work in deprived areas, a think tank has said.

The Education Policy Institute’s latest report found that a combination of rising pupil numbers and steady teacher numbers has led to a rise in the pupil-to-teacher ratio, from 15.5 in 2010 to almost 17 in 2018. Teacher training applications are also down five per cent, while training targets have been “persistently missed” in maths and science. Exit rates have also increased.

To tackle the problem, the government should offer financial bonuses and incentives for maths and science teachers and those teaching in deprived areas. This intervention should be deployed immediately, the EPI said, because waiting for the results of a pilot scheme would incur further costs.

The government is currently trialling bonus payments of £5,000 for maths teachers who remain in the profession after three and five years, with an extra payment of £2,500 for those teaching in target local authority areas.

But the scheme only applies to thosestarting their training in 2018-19, and the EPI said the government must act “further and faster” to introduce the bonuses with more urgency and extend them to science teachers.

It also said the DfE must “review” whether the chosen target authorities are those most in need of specialist teachers. Several local authorities with particularly low shares of teachers with relevant degrees, such as Hampshire and Newham, have been left out of the scheme, while some with high shares – like Rochdale and Oldham – have been included.

But unions say a better deal on pay, workload and accountability measures should be found for teachers of all subjects and in all areas.

The report found that graduates in maths and science are put off teaching because they can earn far more in the private sector, with maths teachers in their late 20s earning an average of £4,000 less than their graduate peers.

Teachers in “high priority” subjects like physics and maths are also more likely to drop out in their first five years. Just 50 per cent of teachers in those subjects were still working in state-funded schools five years after beginning their training, compared to 60 per cent in all subjects.

A recently-announced pay rise for teachers will make “little difference” in the face of a 10 per cent real-terms decline in pay over the past decade, which has made the profession “less financially attractive over time”, the EPI found.

The think tank believes England should follow the lead of several US states, which have run “successful” financial incentive schemes which offered teachers financial bonuses if they agreed to teach in deprived areas or specific subjects. The report said the schemes showed that incentives, worth about five per cent of gross salary, can reduce teacher exits by about 10 to 20 per cent.

In March, a report by Education Datalab and commissioned by The Gatsby Foundation concluded that had five per cent salary supplements been introduced for early career maths and science teachers in 2010, shortages in those subjects would have been eliminated in a few years, at a cost of around £37 million.

Nansi Ellis, assistant general secretary of the National Education Union, said the “huge policy challenge” of teacher recruitment and retention “cannot be dealt with by divisive and overly simplistic measures”. Instead, she said the government should be focusing on reducing workload and the pressures of accountability measures.

“The EPI’s encouragement of government to rush to a solution not yet fully tested is far from ideal,” she added. “It would be unfortunate if this EPI report encouraged it in a quest for partial, sticking-plaster solutions.”

Geoff Barton, the general secretary of the Association of School and College Leaders, also disagreed with the suggestion that maths and science teachers should receive more money than their colleagues.

“This would be unfair and demoralising and would damage recruitment and retention in subjects which did not benefit from salary supplements. Instead we would like to see a better deal for teachers in general,” he said.

A DfE spokesperson pointed to this year’s pay rise for teachers, and said the department is also working with school leaders and unions on a “strategy to drive recruitment and boost retention of teachers and strip away unnecessary workload”.

“This is on top of the range of financial incentives we already offer to help attract the brightest and best into our classrooms.”