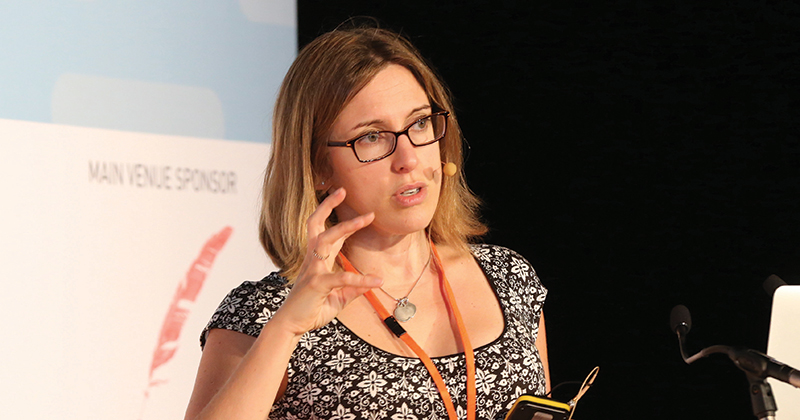 People who say it is fairer to test pupils on non-verbal reasoning for grammar school entrance are “completely wrong” because teenage brains are very responsive to training, says an expert in adolescent brain development.

Sarah-Jayne Blakemore (pictured), professor of cognitive neuroscience at University College London, told delegates at the Festival of Education that contrary to earlier beliefs, the adolescent brain was far more plastic and did not learn less well as it aged.

The idea that non-verbal reasoning tests could not be trained for, instead revealing “innate ability”, was not borne out by her study that showed pupils could be coached on her reasoning app over 20 days to perform much better.

“The idea that you use non-verbal reasoning as a test because it’s not trainable is completely wrong – it’s highly trainable.” Her nine-year-old was using the app as preparation in an attempt for a grammar school.

The ability to learn non-verbal reasoning also improved over adolescence, indicating that some kinds of learning might be best done later on in school, recent research published in Psych Science showed in 2016.

“The older adolescents were significantly better at training their brains in the tests, as were young adults, than the younger children,” said Blakemore.

Blakemore raised algebra as an example of a topic that was better understood when introduced to a teenager, rather than earlier on.

Telling pupils that their brains were highly trainable would also help them to challenge their own assumptions that they were bad at certain subjects.

“Teaching adolescents about their brains would help them to understand their behaviour.

“We certainly know that if you teach children about the plasticity of their brains they can learn more.”

However, the adverse effect of peer influence had to be considered.

Adolescents were “hyper sensitive” to social exclusion compared with other age groups, research in 2010 suggested, particularly from the ages of 11 to 13. Peer influence also made young people more reckless.

“Peers in schools can result in aversion from certain activities,” said Blakemore. “Their influence is an important determinant of adolescence typical behaviour.”

Experiments on adolescent mice (a period of about 25 days) showed that they drunk more alcohol than adult mice if it was left in their cage, tying in with adolescence being a time of increased sensation-seeking and lack of self-regulation.

Teachers could better understand pupil behaviour by realising adolescence was a particularly “sensitive” period of brain development. There were some disadvantages, but it was also a time their brains could be trained to learn new things.