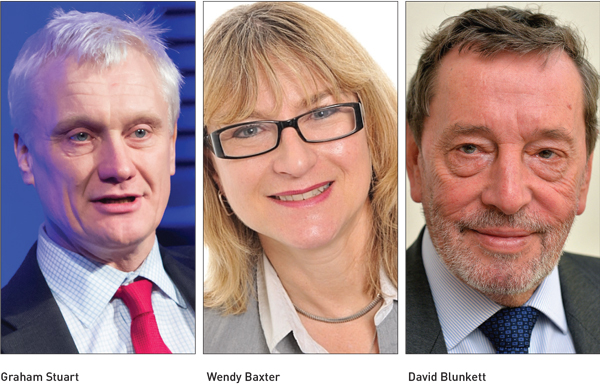 Graham Stuart is the new vice chairman of the fair funding for schools campaign, f40.

Mr Stuart, 53, resigned from the education committee to put himself forward as chairman of the culture, media and sports select committee.

Fair funding for schools is one of his main interests. “I am determined to see that this government delivers on its manifesto promises, namely to base-line the extra £390 million funding provided to the poorest funded local authorities for 2015-16 and to introduce a new national funding formula as soon as possible.”

He says the existing funding model has “no rationale” and is “clearly unfair”.

Mr Stuart was elected as Conservative MP for Beverley and Holderness in 2005.

His current success stems from initial failure. He failed his law degree at the University of Cambridge after he started a magazine company — called “What’s On in Cambridge” — which spiralled from its set up, leading to him becoming a magazine publisher.

Formerly headteacher of Meadstead Primary Academy in Barnsley, Mrs Baxter took up her post on June 1.

Oldknow was one of five schools put into special measures last April after allegations in 2014 of an Islamic plot to take over several schools in the city. It was downgraded from an outstanding rating.

She says she will concentrate on ensuring “first and foremost that every pupil can do the basics — reading, writing and mathematics” when she takes over.

“Coupled with that, the pupils will also get the chance to experience a wide variety of social and cultural opportunities to enable them to become fully participating global citizens.”

Mrs Baxter graduated with a business studies degree at Hull University, before completing a PGCE.

She says she became a teacher “for all the wrong reasons” — including the “long holidays”.

“Little did I know then that long holidays are a myth as you don’t stop working just because the children have.”

The 68-year-old, who ended his 28-year tenure as Labour MP for Sheffield Brightside at this year’s general election, says that he joined the trust for the “opportunity to help shape policy and collaborative improvement and directly impact the education of more than 10,000 young people.

“Education has always played a vital part of my time in public office, and my involvement in the sector is something I wanted to focus on since standing down as an MP,” he says.

He was elected to Westminster in 1987 after nearly 20 years as a Sheffield councillor, becoming shadow education secretary in 1994.

Mr Blunkett was the first education secretary to have been educated in a comprehensive schools when New Labour came into power in 1997.

Blind at birth, he graduated in 1973 from the University of Sheffield with a BA in politics.