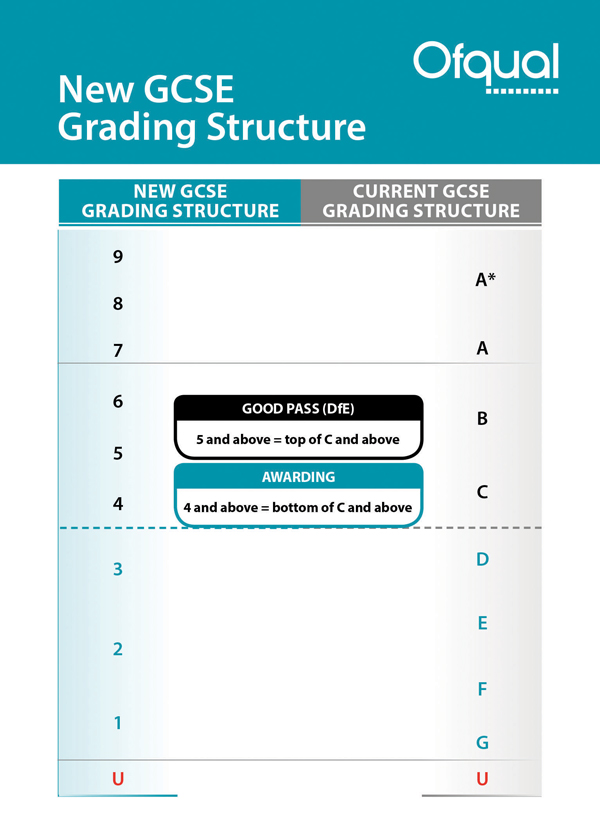 Grades that once achieved a pass at GCSE will no longer count for up to a fifth of pupils when the new grading system is introduced, Schools Week can exclusively reveal.

Education secretary Nicky Morgan, who announced the new system on Monday, says that once the grades structure has changed, the government will consider a grade 5 as the new “good pass” rate.

A “postcard” designed by exam regulator Ofqual to explain the impact of the reform shows that a grade five will only be awarded to the top third of pupils achieving the current C grade. Pupils who achieve a middle or low C will get a level four – which will not count as a pass.

But the postcard also says that “broadly the same proportion of students will achieve a grade four and above as currently achieve a grade C and above”, suggesting that while the expectation on schools to raise the bar will increase, the regulator will continue to guard against grade inflation – a key part of its brief.

Analysis by Schools Week shows that in 2014, 25.6 per cent of grades across all subjects were Cs. Under the new system where only a third of those pupils will get a grade five, 8 per cent will continue to pass, but 17 per cent will fail.

In maths, 30.4 per cent of students received a C grade. This means 10 per cent receiving a grade five, and 20.2 per cent failing.

Despite being asked several times to deny that the change will mean more students failing, a Department for Education spokesperson would only say: “We have been clear that the new ‘good pass’ is comparable to a high C or low B under the current system – making it similar to the standard aimed for by pupils in top-performing countries such as Finland, Canada, the Netherlands and Switzerland.”

The postcard also describes how the top fifth of pupils getting a grade seven or above in each exam will be awarded an overall grade nine, which sits above the current A* grade.

Pupils sitting GCSEs in 2017 and 2018 will receive a mixture of numerical and alphabetical grades, but the DfE has insisted that “students will not lose out as a result of the changes” as broadly the same number of students will achieve the same grades as now.

The different grades could still be “confusing” for pupils and employers, says Brian Lightman, general secretary of the Association of School and College Leaders.

“They say they want to make the exams harder so standards rise, but I think standards rise through better teaching, not raising the pass mark.”

Loic Menzies, director of think-tank LKMco, also questions whether raising the pass rate is an “effective lever” for school improvement.

“My view is that it is not that teachers lack will, so it’s not going to be a particularly effective lever.

“A big question is, given that the DfE said what it is trying to do is move away from that cliff-edge of the C grade, are they not just replacing it with a new cliff edge? And one with all the damaging effects that had.”

Ms Morgan also announced in Tuesday’s speech at King Solomon Academy in London that pupils starting secondary school this September “must study” the EBacc subjects – English, maths, science, history or geography and a language – when they reach GCSE level.

“As part of this government’s commitment to social justice we want every single person in the country to have access to the best opportunities Britain has to offer – starting with an excellent education.”