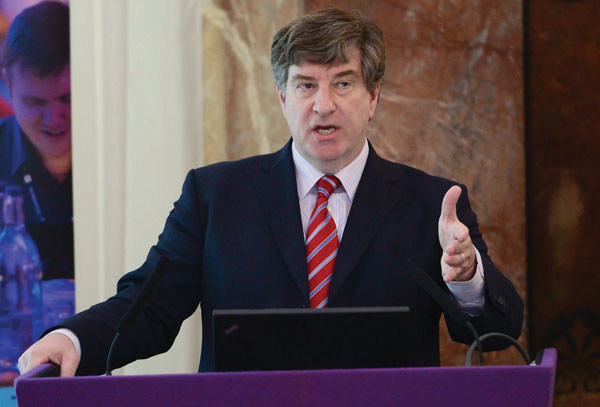 The government has toughened up the level of competency it expects from governors over financial oversight following a string of high-profile finance scandals.

The Department for Education has today published an updated governance handbook, alongside a new competency framework that lays out what is expected of governors.

Governance experts told Schools Week one of the main changes was a tightening up of responsibilities over financial oversight.

It follows a series of high-profile finance investigations into large trusts, including Perry Beeches, Durand and Lilac Sky. Emma Knights, chief executive of the National Governors’ Association (pictured right), told Schools Week: “Both the competency framework and handbook have more of an emphasis on finances – particularly for academies.

“The department obviously feels it needs to emphasise that more.”

In a foreword to the new handbook, Lord Nash, the academies minister, said there needs to be “robust accountability” for executive leaders.

He added: “It means ensuring resources are allocated to strategic priorities and safeguarding the highest standards of financial propriety – for example on executive pay and expenses and on related party transactions.”

Sir David Carter, the national schools commissioner who led the expert group that developed the framework, said the importance of outstanding governance has “never been greater”.

“The role of governing boards in defining and implementing strategy whilst holding the leaders of schools and trusts to account has to be the foundation upon which a world class education system is built.”

The framework aims to more clearly define the knowledge, skills and behaviours needed for governance to “play its full part in this vision”, Carter says.

The updated handbook also states that academy trusts have a “significant level of autonomy which makes it all the more important for the board to consider the regularity, propriety and value for money of all aspects of trust business”.

It adds that boards should “establish and monitor policies, particularly on related party transactions and executive salaries and expenses, that they would be confident to expose to public scrutiny”. But Knights was keen to stress the documents are not further responsibilities for governors and should not add to their workload.

She said governors are already feeling the strains over the amount of change and workload, adding: “The last thing we want is them thinking that there’s some more to take in.”

She said good governing boards will already be meeting the responsibilities outlined in the documents.

The new framework follows an Ofsted study into governance, published last month, which claimed that many governors pay little attention to pupils’ outcomes, as well as being unsure on their own roles and responsibilities.

The watchdog concluded governors do not have the necessary skills to challenge heads effectively, and committed to keeping tabs on those not committed to their roles.

But Nash said the new documents will help governors become “confident in tackling underperformance, challenging mediocrity, and setting the highest of expectations; refusing to accept second best for any child”.