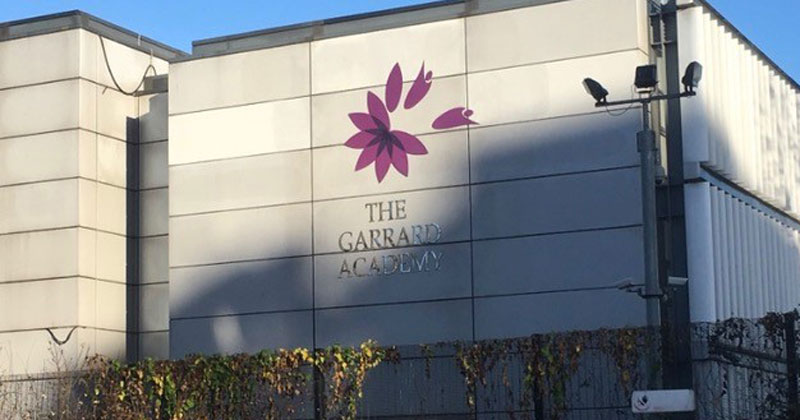 An academy has been renamed in recognition of its millionaire sponsor, just months after it was put in special measures and is possibly facing rebrokerage.

The Business Academy Bexley has changed its name to the Garrard academy to recognise the support of sponsor Sir David Garrard, a retired property tycoon and former Labour donor.

Garrard put up nearly £2.5 million to sponsor the school, one of Labour’s first flagship academies; school leaders said the name change was to recognise both his financial and personal support.

Ofsted rated the south-east London academy as “inadequate” in June. The regional schools commissioner is now working with the academy to consider the “next steps”, which in similar cases has led to a change in sponsor.

But school officials said the name change was not instigated by the Ofsted report.

The school, which opened in 2003 was hailed as the “future” of state education by Tony Blair

Chair of governors Richard Elms told Schools Week: “It’s a mark of recognition for all the support that he’s given to the academy over many years in terms of financial resources and in terms of his support to the school.”

School officials said Garrard had now ploughed about £5 million into the school, which opened in 2003 and was hailed as the “future” of state education by Tony Blair.

The school was designed by architect Norman Foster at a reported cost of £31 million. But media reports in 2010 found it was spending hundreds of thousands of pounds fixing parts of a building that was “incredibly expensive to run”.

Garrard is one of a handful of wealthy sponsors who have invested millions in the academies programme. A Schools Week investigation last year revealed that philanthropists had handed over nearly £12 million in charitable donations to just 12 trusts in two years.

Sam Elms, the Bexley academy’s PR consultant and former chief executive of the school, said Garrard had “worked tirelessly to support the academy in numerous ways, which not all of the original [academy] sponsors did”.

She said a governor suggested the name change during a meeting last summer.

Garrard described it as a “great honour and a privilege, allowing the family name to go forward alongside this wonderful seat of learning of which I am so proud, as would be my late wife”.

The name change was registered with Companies House in September, with Garrard the sole signatory to the change.

A Department for Education spokesperson said it was “working with the Garrard family foundation to consider next steps” after the Ofsted judgment.

Elms said “everything was going in the right direction” at the school.