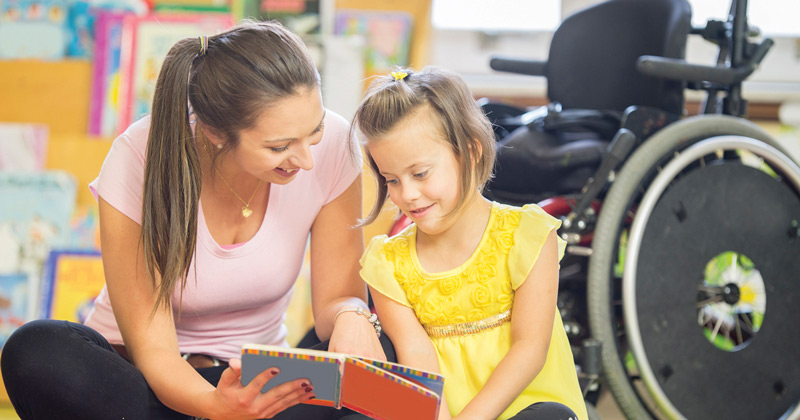 The government is facing a legal challenge over its SEND funding cuts, as councils around the country are also being taken to court because of plans to slash services.

Elsewhere, Surrey council is facing a judicial review in the High Court over planned cuts of £20 million from services for disabled pupils next month.

Families have also been granted permission to challenge Hackney council’s plans to reduce its special educational needs budget in the High Court next month.

The wave of legal action against government funding decisions comes as schools face a continued squeeze on core budgets, with 1,000 headteachers set to march on Westminster today (Friday) in protest over funding cuts.

Anna Cole, inclusion specialist at the Association of School and College Leaders, said schools would be watching the progression of the legal challenges closely, and may consider bringing their own cases.

Schools Week can also reveal that at least one academy trust has considered taking the government to judicial review because of SEND cuts (see box out).

Campaigners will also be buoyed by a landmark case last month where the High Court backed three mothers who challenged Bristol council over £5 million of planned cuts to their SEND budget,  ruling them unlawful and ordering them to be reversed.

The judge ruled that the council’s decision-making process was entirely motivated towards balancing the books – rather than considering pupil welfare.

Stephen Broach of Monckton Chambers, who advised the families challenging the government, said councils are at risk of breaching the Children and Families Act requirement that they support SEND pupils to achieve “the best possible educational outcomes”.

He said councils “need to focus on what the law requires them to do”, adding the government has questions to answer over its funding decisions causing “systematic cuts by councils across the country”.

The Local Government Association said the cases show the government needs to provide “significant, ongoing and sustainable funding to help councils manage the rising demand in support from pupils with SEND”, and called for an urgent review.

Anne-Marie Irwin, a lawyer at Irwin Mitchell representing SEND Family Action, said campaigners believe “thousands of children across the UK with special educational needs are currently unable to receive the support that they need”.

The son of one of the SEND Family Action parents, Benedict McFinnigan, has been diagnosed with post-traumatic stress disorder, anxiety, depression and chronic insomnia.

However the 14-year-old has been refused an education healthcare assessment from North Yorkshire council, Irwin said, meaning he has not attended a mainstream school for two years. Instead he attends a pupil referral unit for under three hours a day.

The other pupil, Nico Heugh Simone, 15, has autism and anxiety, meaning he requires specialist education care. But East Sussex council wouldn’t cover all costs – arguing his school should fund the shortfall.

A Department for Education spokesperson said it recognised increasing costs are putting “pressures on high needs budgets”. But it said core funding for schools is increasing £43.5 billion by 2020 – 50 per cent more per pupil in real terms than in 2000.

Included in that is £6 billion in the national high needs budget for children and young people with more complex SEND, which a spokesperson said was the highest on record.

However the Institute for Fiscal Studies found that per-pupil spending has fallen by eight per cent since 2010 – a real-terms funding cut.

Board minutes from last year, seen by Schools Week, show the Bright Tribe and Adventure Learning Academies Trusts were considering pursuing a judicial review against the government over SEND funding.

The minutes, part of a chief operating officer report for both the linked trusts in October, revealed SEND funding was a “significant risk” because the trusts had taken over lots of schools in areas of deprivation (which typically have higher levels of SEND pupils).

The report highlighted schools were spending their reserves in an “unsustainable way” to “accommodate vulnerable children”.

For instance, Cornwall council was “demanding” that ALAT’s schools in the region stump up the £6,000 funding attached to pupils with Education and Health Care Plans.

The trust said this was “wrong” and had made representations to the government, with the possibility of a judicial review “in due course”.

Other solutions proposed by the chief executive at the time included taking a more “harsh line on exclusions”, the “easiest financial strategy”, or ensuring pupils have a reserved budget to dip into for extra costs.

No further action appears to have been taken, with new trustees and leadership at the trust following financial and pupil performance concerns.