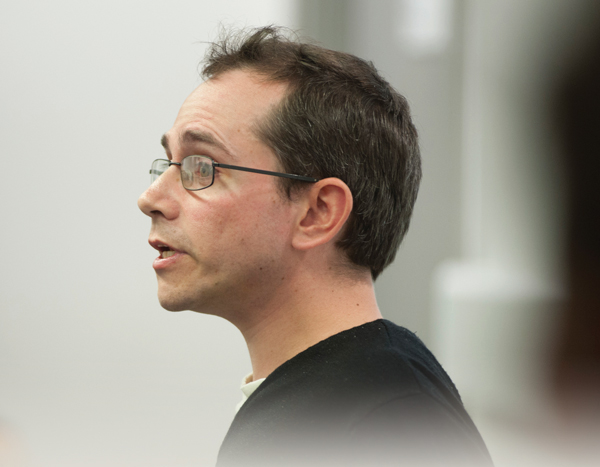 A former adviser to Michael Gove has urged the government to scrap tuition fees for trainee teachers and to tear up the current School Direct application process, in a bid to increase teacher numbers.

Sam Freedman (above), now a director at TeachFirst, told the delegates about the “depressing” current outlook. “As anyone involved in schools knows, it has become very, very hard to recruit teachers.”

He also said he believed the recruitment challenges were worse than the government currently admitted.

“We have a pretty crude incentive system for bringing teachers into the profession combined with a very complex application process. [This] cannot be helping.”

He explained how research by the Institute for Fiscal Studies showed that loans for PGCEs would “almost never” be paid back – unless teachers become headteachers or left the profession.

“What we are doing is getting people to borrow money – psychologically thinking they are taking on more debt – but not actually getting any money from them, which is about a stupid a system as you can possibly have.”

Mr Freedman said that if he were in power he would scrap tuition fees for PGCE students.

“The way the accounting works, it would cost the government money initially, but over time it wouldn’t cost them anything because it is not being paid back.”

He also said he would re-evaluate generous bursary schemes that paid up to £30,000 to science teachers with top degrees, as the investment did not guarantee they would stay in teaching after two years.

His final supply solution related to the School Direct scheme – a policy implemented during his time as an adviser to former education secretary Michael Gove.

Under the programme, schools directly recruit and train new teachers. Mr Freedman said its application process was too complicated and needed to be centralised.

“One area where School Direct clearly has made things worse is that it has made it much harder to apply to be a teacher because you now have to apply to multiple sites if you want to go through the School Direct route, rather than simply to one place.”

He described how a central application route was originally envisaged; prospective teachers would apply to a central body and then be placed within schools wishing to participate, “rather than expect schools to be doing all the selection and all the administration, which feels to me the big problem with the policy now.”

A spokesperson for the Department for Education said: “There were record numbers of requests from schools for trainees for the academic year 2015/16 – with more than 23,000 applications, up a third from 2014/15 – showing the growing success of the programme. We continually look at ways we can simplify the application process for prospective trainees.”