Physical education recorded the largest rise in top GCSE grades, while grades 7 or above issued in maths and chemistry only slowly inched up.

This year the proportion of 16-year-old pupils in England earning a grade 7 or above at GCSE jumped to 30 per cent – compared with 27.5 per cent last year.

But much like the record-breaking A-level results released earlier this week, there are big differences across subjects.

PE saw the biggest leap in the proportion of pupils receiving grade 7 and above – rising 7.1 percentage points to 40.5. 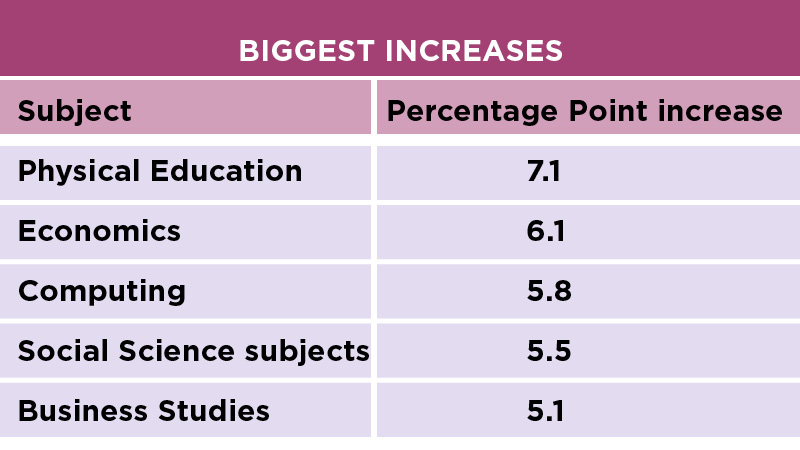 Economics followed with a 6.1 percentage point rise, as 53.3 per cent of pupils took home top grades in the subject.

This was closely followed by computing, which welcomed a 5.8 percentage point increase.

In contrast, ‘other sciences’ – which includes all science subjects except biology, chemistry and physics – saw a percentage point increase of just 0.1. Pupils receiving grades 7 or above increased from 59.8 to 59.9. 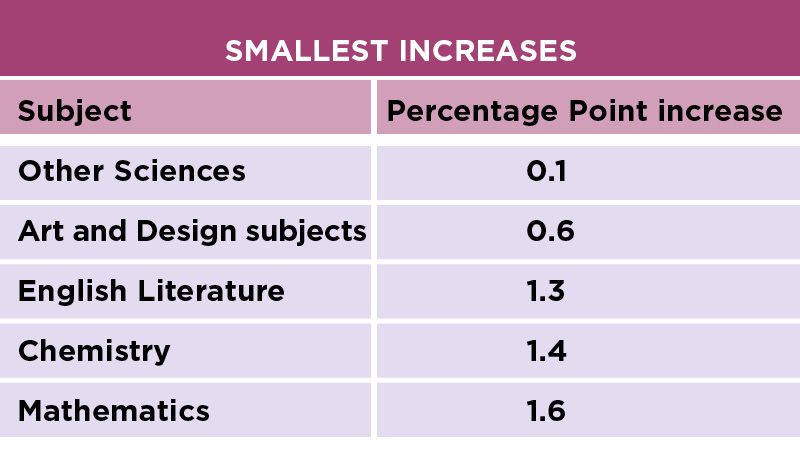 Classical subjects had the highest proportion of top grades overall – as 77.6 per cent of pupils earned a grade 7 and above.

The biggest increases were seen in the higher grades this year, a contrast to 2020 when the ‘standard pass’ of grade 4 and above saw the sharpest rise.

According to analysis from the Education Policy Institute (EPI) the proportion of entries awarded a grade 4 or above increased from 67 to 76 per cent between 2019 and 2020.

By comparison those achieving grade 7 or above increased by five percentage points.

However, increases have been far more modest this year as 77 per cent of entries were awarded grade 4 or above – an increase of just one percentage point.

Schools Week has pulled together tables for individual subjects breaking down grades for 2021 versus previous years: