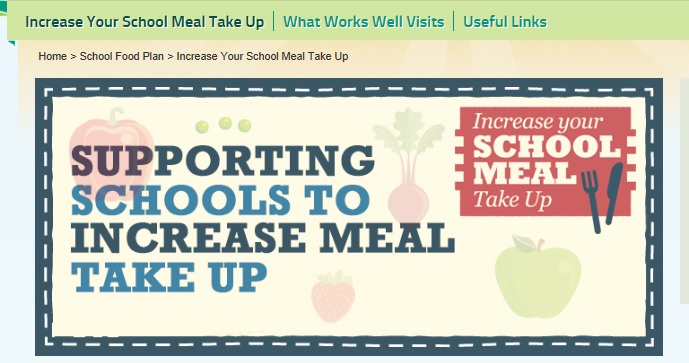 Hundreds of schools that signed up to schemes aimed at transforming their school dinners are having their support axed after the government pulled its funding just months later.

Two projects aimed at boosting the number of pupils eating good school meals were launched last year with more than 400 schools recruited – the majority in the first few months of this year.

The ‘Increase Your School Meal Take Up’ programme – run by Food for Life – was helping 376 schools in the north, midlands and London. While the ‘Make School Meals Count’ project – run by the Children’s Food Trust – had 59 schools and 13 local authorities involved in the south east, south west and east on England.

Both initiatives were borne from the School Food Plan, put together by Henry Dimbleby and John Vincent, founders of the Leon restaurant chain. By increasing the number of pupils eating school lunches the plan aimed to decrease canteen costs.

But schools were told last month that the projects’ funds were being scrapped as part of “broader government savings”.

James Cashmore, director of Food for Life which ran one of the defunct programmes, said in a statement that the change was “hugely disappointing and unexpected for the hundreds of schools on the programme”.

Schools that signed up were offered support worth up to £2,000, including one-to-one support to draw up action plans and designate a school ‘food leader’ to head the improvement.

One school in the south east had apparently seen the proportion of children eating school meals rise from below 20 per cent to 28 per cent since starting the programme, according to the ‘Make School Meals Count’ website.

Funding for the initiatives was due to run until March 2016. Schools have been told they are still able to access online resources and organisations which deliver the programmes are now in discussions with the Department for Education to “establish a way of continuing support to signed up schools”.

It is understood schools were told of the decision at the end of the summer term.

A Department for Education (DfE) spokesperson said: “We have decided to end the contract with the Food for Life Partnership and the Children’s Food Trust as they did not offer value for money to the taxpayer.

“We want to take this opportunity to thank both the Food for Life Partnership and the Children’s Food Trust for their work.”

The Design and Technology Association (DATA) was also commissioned through the fund to work with food technology teachers in England under the ‘School Food Champions’ campaign. The DfE said it was continuing to work with DATA.

Clarification: The Department for Education quote was amended on August 4 to include the name of both organisations, not just Food for Life.

Picture: Screenshot of the website for one of the axed initiatives