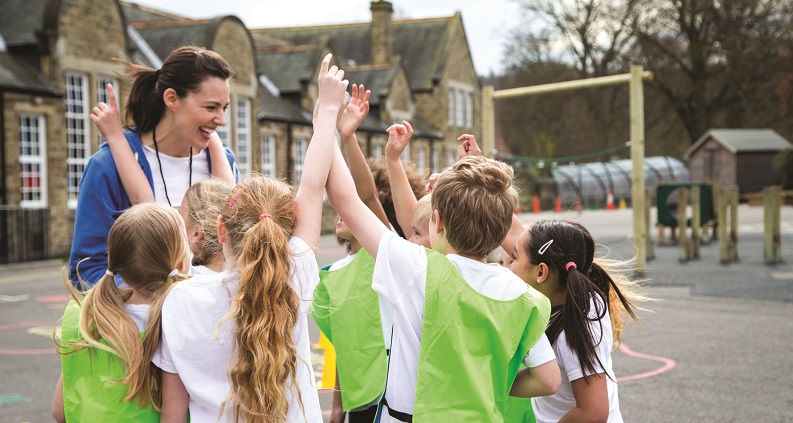 The Department for Education has announced that funding for PE and sport in primary schools has doubled from £160 million to £320 million a year.

The money will be delivered through the PE and Sport Premium, which is part of a series of DfE programmes to improve healthy lifestyles among pupils and tackle childhood obesity.

Public health minister Steve Brine said the money for boosting the PE and Sport Premium would come from “the soft drinks industry levy”, also known as the ‘sugar tax’.

“The school environment is critical in shaping a healthy lifestyle,” he added.

With the old pot of £160 million, each primary school received a flat rate of £8,000 to spend on sport programmes, with £5 added for every pupil.

The allocations awarded to individual maintained schools ranged from £1,000 to £27,250, with 13,123 schools receiving a slice of the funding.

Education secretary Justine Greening did not confirm that the primary sports funding pot would be increased until July this year, provoking some primary leaders to complain that the announcement had come too late for them to plan effective sports programmes for the start of 2017-18 school year.

The gov.uk website suggests ways the funding may be spent, such as to “introduce new sports, dance or other activities”, or to “partner with other schools to run sports activities and clubs”.

The money may not be used to employ coaches or specialist teachers to cover planning, preparation and assessment, or to teach the minimum requirements of the national curriculum.

The DfE has also announced that £100 million will go towards improving school facilities such as kitchens, dining rooms, changing rooms and sports facilities through the Healthy Pupils Capital Fund, which was announced by Greening in February.

And £26 million will be used to create or improve breakfast clubs in 1,500 schools, with a focus on increasing provision for disadvantaged pupils in opportunity areas.

In January, the DfE pledged £72 million additional funding for 12 opportunity areas, which have been identified as being the most challenged when it comes to social mobility.

As part of the government’s plan to tackle childhood obesity, the DfE is working with other departments and agencies – including the Department of Health and the Department for Digital, Culture, Media and Sport – to try to promote healthy lifestyles for young people.

Minister for children and families Robert Goodwill said: “We want to make sure all children have a healthy and active lifestyle and it’s vital that we encourage this in our classrooms.”