Unveiling plans to create an international teacher training qualification that can be exported overseas, former education secretary Gavin Williamson had nothing but praise for the sector.

“Here in this country we are blessed with some of the world’s finest teachers and this is down to the quality and rigour of our teacher training,” Williamson wrote. “I want as many people as possible to be able to benefit from this.”

But that reputation is now being very publicly shredded – a move that some providers believe the government is secretly cheering on. Schools Week investigates …

Half of teacher trainers downgraded

Ofsted began inspecting providers under a new framework in May. As with the new school inspection regime, the focus has shifted from what results you get, to what you teach.

Before May, every single initial teacher education provider in England was rated as ‘good’ or ‘outstanding’ by Ofsted. Just over a third were rated ‘outstanding’.

But when the first 11 Ofsted ITT inspections were published in July – two providers were rated ‘inadequate’. Both had previously been regarded as ‘good’.

Analysis of published reports as of Monday shows just one of the 20 published under the new inspections is ‘outstanding’.

Schools Week analysis of solely primary and secondary age trainers shows that seven out of 14 were downgraded this year. Two have closed their doors, and one has stopped their secondary provision.

Perhaps not surprising, but the judgments have riled sector leaders.

James Noble-Rogers, executive director of the Universities Council for the Education of Teachers (UCET), said they “appear to be aimed at discrediting ITE provision whenever possible, rather than arrive at a balanced and informed judgement of quality”.

He claimed reports are “often poorly written and reflect a lack of knowledge about ITE and the regulatory framework that it operates within.

“The behaviour of individual Ofsted inspectors has been described as ‘belligerent’. The integrity and independence of the Ofsted ITE inspection process is being questioned. We will be monitoring the situation very closely.”

But an Ofsted spokesperson said it was “too early” in the inspection cycle to say whether “initial judgements are representative of the sector as a whole – this is a small sample and we have prioritised new providers and those not inspected for the longest time.”

The Solent SCITT, in Hampshire, was one of the first providers inspected and rated ‘inadequate’, down from ‘good’ in 2015.

Ofsted reported trainees praised the provider as “warm and welcoming” and were “generally satisfied with the support and guidance they received”.

Following the visit, The Solent closed its doors over the summer, relocating its trainees to other providers.

‘It was a painful and negative experience’

Chris Anders, headteacher of the Park Community School, which ran the SCITT, said: “I’ve been through over 25 inspections in various guises in my time and there was only one that was as negative as this. It was a completely different experience. We’ve moved on from it, but it was painful and a very negative experience.”

The government has previously favoured school-led training routes. But it appears they are the providers being hit hardest under the new Ofsted regime.

Consilium SCITT, in Salford, has also closed. A spokesperson said: “It is increasingly difficult to both deliver on our school improvement agenda and correctly resource a small SCITT, which had a limited number of candidates across a significant number of subjects”.

Ofsted says inspections will “seek to understand the specific impact of covid-19 on the provider and how leaders have responded to the situation”.

The pandemic got just one mention in The Solent report, which states trainees “do appreciate the care leaders have shown for their well-being during the pandemic”.

Anders added: “We know it was a much harder framework, that side of it wasn’t a surprise, but I was taken aback by how the challenges of Covid and getting ready for the framework did not get any consideration.”

Cumbria Teacher Training was downgraded to ‘inadequate’ in May. It was rated ‘good’ at its last inspection in 2014.

Inspectors found trainees were “failed” by provider, and the partnership’s work was underpinned by a “plethora of weaknesses”.

‘No acknowledgement of Covid challenge’

Wendy Kendall, SCITT lead, claimed “there was no acknowledgment” of Covid. Since the inspection, it has ended its secondary provision as they did not have the capacity to “rewrite the curriculum”.

“They kept saying I get what you are saying but we have to inspect to the framework.

“I’ve had to do things I’ve never done for trainees before during covid, to support them, and there was no acknowledgement of that. We don’t have pastoral officers, we are small.”

Ofsted had introduced a “transition statement” to allow for Covid disruption. It meant a provider could be rated ‘good’ as long as its curriculum plans would be “fully executed” in time for September.

Terry Russell and Julie Price Grimshaw, two former Ofsted inspectors, claim that Ofsted are not “adhering to their own procedures”, in a blog for #TeachBest, which was set up by UCET.

“The reports indicate that no such consideration was given and indeed providers are criticised for not having the new curriculum ‘fully embedded’,” they added.

An Ofsted spokesperson said they recognise some “partnerships” may not have been able to deliver the new curriculum plans fully due to the pandemic”.

“However, in order to be judged good, providers must demonstrate that they have designed an ambitious ITE curriculum with the Core Content Framework embedded.”

Ofsted guidance states that partnerships judged as either ‘requires improvement’ or ‘inadequate’ will be re-inspected within 12 months. Providers may have their accreditation withdrawn if their provision is repeatedly rated lower than ‘good’, according to the DfE.

Noble-Rogers said “had it not been for the way” universities and SCITTs responded to the pandemic then “schools would have faced with a serious shortage of teachers”.

Ministers considering a delay to reforms

The negative judgments come at a delicate time for the relationship between ministers and the teacher trainers.

Providers are waiting for the government to respond to the controversial ITT market review. Proposed reforms would cause “significant market reconfiguration”, with every provider having to be reaccredited.

Universities, including Oxford and Cambridge, have both already threatened to pull out of teacher training if the reforms go ahead.

Sir Andrew Carter, who led a government-commissioned review of ITT in 2015, warned on Friday the proposals could lead to schools pulling out too.

“It won’t take much for a number of schools under the current funding models to ‘say look we can’t get involved with this we would love to but we can’t”, said Carter, who runs South Farnham School Education Trust.

“We have a large primary SCITT and we are already experiencing schools saying sorry we can’t do it now.”

With the review landing just as the harsher inspection findings were being published, providers are concerned about a link between the two.

Ofsted said the ITE framework was not pre-emptively designed to align with the ITT market review.

But industry bodies have now written to new education secretary Nadhim Zahawi urging him to “reconsider and perhaps pause” the review.

It appears the government is ready to listen. Schools Week understands former schools minister Nick Gibb was about to sign off a delay to the start date of teaching new ITT courses back by one year to 2024.

However, after his sacking last week, the decision now lies with the new ministerial team. 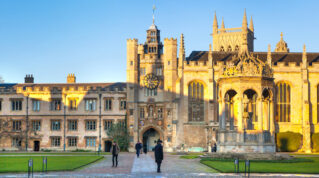 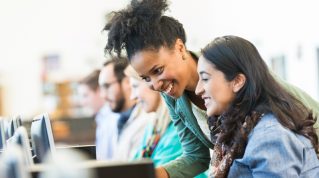