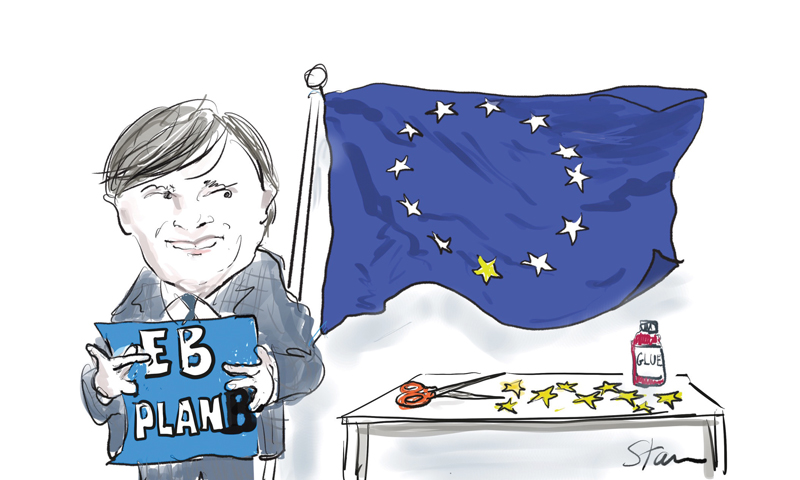 The country’s only European-branded state school is at risk of not being able to offer its flagship qualification following an administrative foul-up.

Europa School UK (ESUK), based in Culham, Oxfordshire, has written to prime minister David Cameron, to request official confirmation that students can sit the European baccalaureate (EB) when they transfer from an existing European School, funded by the European Union, which will close next year.

ESUK, a free school approved by the Department for Education (DfE) in 2012, currently has 364 primary pupils but will double in size in September 2017 when its secondary school opens.

Among the newcomers will be a cohort of about 50 students currently in S5 (equivalent to year 11), who will be expecting to sit the EB, the leading qualification for European Schools.

However, as a state school, ESUK can only offer a qualification regulated by Ofqual – which the EB is not – or must acquire a letter of exemption from the education secretary.

ESUK has still not received such a letter from Nicky Morgan, despite the short time left to enrol the next cohort of EB students.

But Peter Ashbourne, principal of ESUK, said he was not worried as the letter was only a “formality”.

“We see the matter as urgent so the proper paperwork in place now for students who are about to commence their baccalaureate.

“While awaiting the letter, we have been assured by the DfE that permission for us to offer the EB will be given and we proceed on that basis.”

Ashbourne said if the school did not receive the exemption the school would not feature in league tables.

“That doesn’t concern us because universities are well aware of the status of the EB and its value. I don’t think our parents are choosing us because of our position in the league tables.”

However, Schools Week understands that if an exemption is not received by the enrolment date, the school cannot offer the course.

ESUK is one of 14 European Schools around the continent, traditionally set up to provide education for children whose parents are employed by European Union institutions.

But the free school is open to all pupils and is attended mainly by pupils who live near by, so will not be affected by the Brexit vote, Ashbourne said.

“Although the European School was set up because of a nearby European agency, it was never filled by children of that agency. It has always offered places to people in the local area, and beyond, who were interested in European education.”

A DfE spokesperson confirmed to Schools Week that the department has received ESUK’s request for an exemption to offer the EB and will respond in “due course”.

She added: “As the prime minister and the education secretary have already outlined there will be no immediate changes in schools following the outcome of the EU referendum vote.”