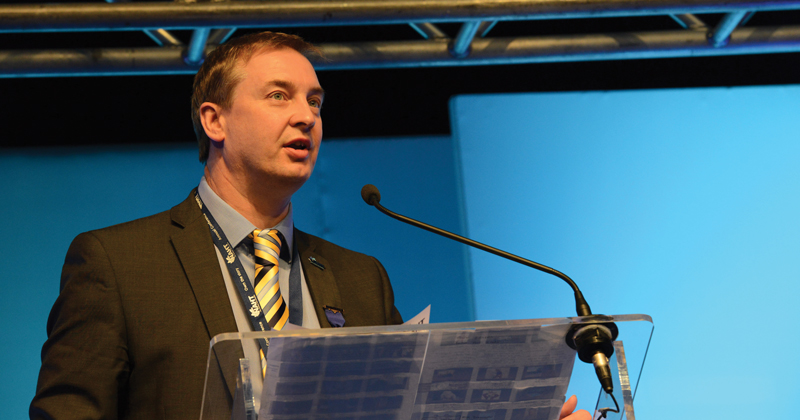 A former union president and the chair of one of the country’s largest and fastest-growing academy trusts have been appointed to advise the schools commissioner Martin Post.

Post, the regional commissioner for north west London and south central England, has announced that Tony Draper, Peter Little and Seamus Oates will join his advisory headteacher board.

The board, chaired by Post, is one of eight that advise the commissioners on policy and help make decisions on the brokering of academies, approving new academy conversions and removing schools from trusts where problems are identified.

Draper (pictured above) is a past president and vice-president of the National Association of Head Teachers and is head at Water Hall Primary in Milton Keynes.

Oates (right) is the executive headteacher at TBAP, a trust with five alternative provision academies and a teaching school alliance. Little chairs the Bedfordshire Schools Trust and the Reach 4 academy chain, and his appointment is the second of a representative of the Reach family of chains.

Sir Steve Lancashire, chief executive of Reach 2 and trustee of Reach 4, serves on the board for the east of England and north east London.

The three new board members will now join elected members Richard Edwards and Sir Michael Griffiths, both former headteachers, and serving heads Claire Robins and Teresa Tunnadine on the board. Dame Yasmin Bevan, another former head, is the only other appointed member.

In a recent newsletter to schools in his region, Post said he was “pleased” with the appointments, and said each of the new members would bring “a wealth of knowledge and expertise”.

The government has previously faced questions about the make-up of the boards. Three of the regional commissioners were grilled by the education select committee earlier this month, and asked specifically why some had very few serving headteachers.

MPs also expressed concerns about the current system, which only allows for heads or former heads of academies to be elected to the boards.

Despite the appointment of Draper, Post’s board still only has three serving headteachers in its eight-strong membership.

This comes after Jennifer Bexon-Smith, the commissioner for the east midlands and the Humber, was forced to defend the fact her board membership included no serving heads.

Ian Mearns, the MP for Gateshead, questioned the name of the headteacher boards, because they “do not seem to be staffed out with current head teachers across the board”.

“The east midlands current headteacher board does not have any elected headteachers on it,” he said. “It has three former heads, one vacancy and three appointed people, and I think out of the total the greatest number of head teachers on any board is about half their membership.

Bexon-Smith said two of the elected members of her board had been heads when they joined, and had “expertise of being head teachers that they bring to the board” and argued that they were still running multi-academy trusts.

“I think really what they bring is that experience and expertise of running schools,” she said. “They were all former head teachers, even though they may have continued their career to become CEOs.

“For me, headteacher board, I suppose you can argue about the terminology, but they have all fulfilled, in my particular case, that role, so it would seem appropriate.”

Bexon-Smith also defended the lack of LA-maintained school heads on the boards, claiming it was “entirely appropriate and proper” that those elected came from an academies background.

“I think the view at the moment is that the decisions are around conversion to an academy and dealing with schools that are converting to become an academy,” she said.

“It is about that journey and it is that experience and that professional expertise that we draw on within the head teacher board.”