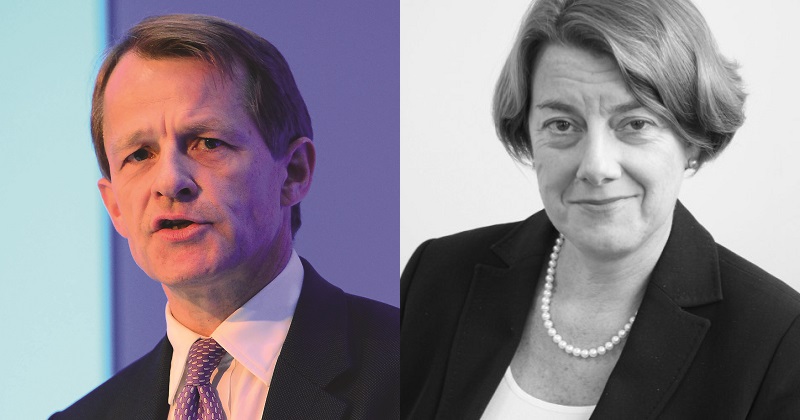 Laws, who served as schools minister from 2012 to 2015 and is currently the executive chair of the Education Policy Institute, and Morgan, who served as chair of Ofsted from 2011 to 2014 and now an advises Ark and chairs the Future Leaders Trust, will also be joined on the council by Suella Fernandes, a prominent member of the education select committee, and several experts with links to the last Labour government.

Founded in 2009 to support the establishment of new free schools across England, the New Schools Network has been a key ally of the government in its rapid expansion of the academies programme.

The shake-up, which also brings the former Liberal Democrat MP Jeremy Browne and Department for Education property company boss Lara Newman onto the body, follows the departure of Nick Timothy, the charity’s former director, who left in July to become joint chief of staff to new prime minister Theresa May.

David Ross, chair of trustees at New Schools Network, said the expertise of the group of 16 advisors, which also includes other figures from the media and local government, was “rich and varied” and would help continue taking the free schools programme from “strength to strength”.

“As we grow, we want to make the most of the expertise that exists among our supporters. And that expertise is – as the membership of the Advisory Council shows – rich and varied, taking in leading figures from across the political spectrum, local and national government, the education profession and wider society.

“Local authorities are increasingly taking an active role in supporting the creation of new free schools so I am particularly pleased that local councillors from across the country have agreed to sit on the Council.”

Other members of the new advisory council include Philip Collins, a columnist for The Times and former speech writer for ex-prime minister Tony Blair, and David Kershaw CBE, a Labour councillor in Coventry.

Fernandes, the MP for Fareham, is also chair at Michaela Community School, a free school in Wembley which recently came under-fire for allegedly isolating pupils whose parents failed to pay for their lunch.

The full list of appointments to the council is as follows: –

Councillor Sean Anstee – a Conservative councillor for Bowdon since 2008, and in 2014 was elected leader of Trafford Council.

Julian Astle – director of education at the Royal Society of Arts. He worked in Number 10 as special adviser for policy to the deputy prime minister Nick Clegg and prior to that, served as director of the education focused think-tank CentreForum, now the Education Policy Institute.

Philip Collins – columnist for The Times. Previously, he was chief speech writer for former prime minister Tony Blair. He is currently chair of the board of trustees for the cross-party think-tank Demos.

Matthew d’Ancona – columnist for the Guardian, and also writes for the Evening Standard, International New York Times and GQ.

Councillor Simon Dudley – a Conservative councillor and leader of The Royal Borough of Windsor and Maidenhead. Dudley is also a founder of two free schools, Holyport College, and Forest Bridge School.

Suella Fernandes – MP for Fareham. She is a member of the education select committee and prior to being elected, she helped set up Michaela Community School in Wembley.

Councillor David Kershaw – a Labour councillor in Coventry, and former cabinet member for education on the Coventry City Council. He recently helped establish and is now a director of the West Midlands Academy Trust and is a former headteacher.

Baroness Sally Morgan – adviser to the Ark board, and chair of Future Leaders Trust. She served as director of government relations for Tony Blair until 2005 and was chair of Ofsted from 2011 to 2014.

Paul Richards – former special adviser in the Department of Health, Cabinet Office, and Department for Communities and local government from 2005 to 2009.

Simon Woolley – one of the founders and director of Operation Black Vote, which campaigns to address the black political democratic deficit.