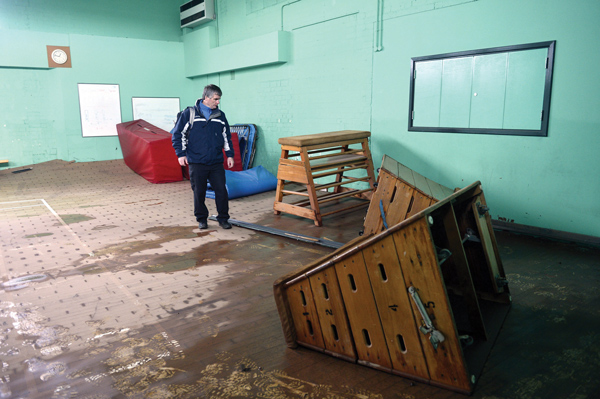 Cumbria has recently been knee-deep in water, many schools damaged, and now its university’s education department is desperately waiting to hear if the cap on recruitment to its teacher training courses can be lifted so applicants still have a chance.

Interviews for prospective teachers were postponed after storm Desmond battered the county at the beginning of December.

From this year, new government rules impose a blanket ban on recruitment of trainees at universities once a national target has been met, meaning that if other universities fill the quota first, Cumbria will be unable to offer its delayed applicants a place.

The controversial move was introduced as part of a government drive for more trainees to learn on the job in routes such as School Direct. But the policy has led to chaos and the government has had to amend its policy after protests from some of the country’s top universities.

In November, PE courses at universities were closed just one month after recruitment opened.

A week later, history courses were threatened with closure until a number of providers complained, and the rules were tweaked to allow higher education institutions to continue recruiting until they had offered places to 75 per cent of the number of applicants from the previous year. For example, 15 if they had previously admitted 20 trainees.

The next day, the 75 per cent rule was extended to English and primary teacher training routes.

Jackie Moses, director of the Institute of Education at the University of Cumbria, said: “Because of the changes, we need to recruit as speedily as possible. We lost about three weeks in December because of the flooding, and then it was the Christmas holidays.

“There is a lot of misconception about the accessibility of the region now, and candidates are reticent about putting travel plans in place.”

Ms Moses wrote to the National College of Teachers and Leaders (NCTL), which oversees the targets, to ask if the university could have leeway against the recruitment cap in primary teacher training courses because of the “exceptional circumstances”.

The university has yet to receive a firm answer.

Last year, 216 people were recruited to become primary teachers. So far, just 148 acceptances have been received, but the route is now closed. The university faces penalties such as fines or withdrawal of its accreditation if it continues recruiting but 50 people are still awaiting interview.

Ms Moses said she was concerned the system put pressure on universities to “recruit as fast as possible” rather than looking for the best applicants.

The national cap on numbers does not vary by region, but the NCTL said when announcing the changes that it reserved “the right to control recruitment” in specific parts of the country to maintain “the regional balance of provision”.

The storm caused serious damage to the region, and dozens of schools were closed before Christmas. School Direct schools, such as Richard Rose Central Academy in Carlisle, were also closed when the flooding was at its worst.

Ms Moses said: “I think many of the School Direct schools are understandably worried most about getting back up and running for pupils, rather than teacher training right now.”

The Department for Education said: “We know many institutions are still feeling the impact of recent flooding and it is right that we provide support. We are working with the University of Cumbria regarding their initial teacher training recruitment numbers.”