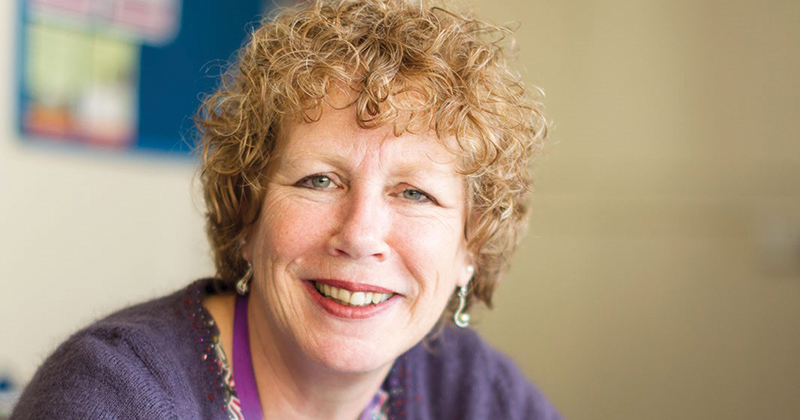 Two hospital schools will join forces to become the first medical-needs-only multi-academy trust, after turning down offers from mainstream MATs which had threatened to “swallow” their funds.

Northamptonshire Hospital and Outreach Education, a local authority-run hospital school, will sponsor Oxfordshire Hospital School and open as a MAT in September or October.

The schools decided not to join mainstream MATs after other hospital schools saw their funding siphoned off into central services such as HR and administration, according to Cath Kitchen (pictured), the headteacher of Northamptonshire Hospital and Outreach Education.

“They would be positive meetings initially, but then the bare bones would be ‘what would you bring to us financially?’” she told Schools Week.

Some large MATs also “just wanted us to be their SEND department”, she said, a situation that would “dilute” the specialist provision on offer.

About 90 per cent of pupils at Northamptonshire Hospital and Outreach Education have complex mental health needs, including suicidal ideation, depression, psychosis or social difficulties.

Hospital education can be funded either by amount per place, or as a centrally funded local authority service

Many are referred by headteachers because of their severe anxiety about attending school, but last year 70 per cent of pupils at the hospital school were successfully returned to school or college.

The Oxfordshire and Northamptonshire hospital schools had almost joined nearby pupil referral units, but eventually decided to link up with each other because their staff were experienced in teaching ill and “withdrawn” pupils, rather than those with challenging behaviour, said Kitchen.

The Department for Education had initially decreed that the two schools, which will become the Unity Education Partnership, were too small to become a MAT after a consultation in 2015.

But after being invited to a workshop on alternative provision and special schools convened by the regional schools commissioner Martin Post, and somehow getting DfE advisers to listen, their application was approved.

The schools had both wanted to leave local authority control since the Taylor review in 2012 recommended that alternative provision schools should be allowed to become academies.

But unlike other alternative provision schools, which receive £10,000 in base funding and a local authority top-up, hospital and medical-needs schools do not have a centralised funding allocation.

The DfE’s high-needs funding guide 2016-17 states that hospital education can be funded “either by amount per place, or as a centrally funded local authority service”, but does not stipulate a budget.

Kitchen’s school receives general hospital funding and charges schools £125 a week for access to up to 25 hours of learning. All medical care and assessments are funded through the health budget.

While most mainstream schools spend about 80 per cent of their budget on staff, Kitchen said her costs were higher at about 90 per cent because of one-to-one tuition and classes of up to 12 pupils.

The school’s funding pot had also stayed the same for the past five years but new units for eating disorders and mental health opened to meet increased demand. As a result, more pupils are taking less costly virtual lessons than going face to face with staff, she said.

“Virtual lessons cost us less than a physical person. Of course, some children can’t learn that way, their motivation is just too low, so it’s not right for all.”

By opening a MAT, the two schools hope to find more ways to maintain quality while saving on costs, as well become a national training centre for medical-needs schools.