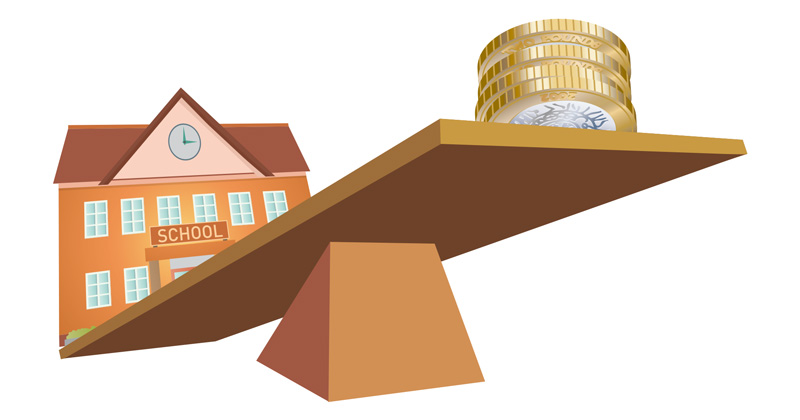 Proposals to academise all schools in what Nicky Morgan calls “unviable” councils will depend on whether a local authority has reached a “tipping point” in the number of schools that it still controls.

Similar to the trigger for underperforming schools this tipping point is yet to be revealed, but also will be consulted on before any definition is passed in parliament.

Analysis published by the CentreForum think tank on Wednesday found as many as 52 local authorities could be unviable – meaning all schools in those areas would have to convert.

The think tank worked on the presumption that a council was unviable if less than half of pupils in the area attended local authority-maintained schools.

But CentreForum said a relatively small change could make a big difference. For instance, if the viability level was 60 per cent, then 80 authorities would fall into the unviable category – an extra 450 schools.

The government has described this figure as the “critical mass” of schools that have converted to academies.

But rather than the actual number of schools, Schools Week understands that the viability could depend on the pool of cash remaining among the council-maintained schools.

If the combined budget of these schools is not large enough for the local authority to top slice a sufficient amount to fund its improvement services, then it could be classed as unviable.

Jonathan Simons, head of education at the Policy Exchange think tank, said while some authorities may be able to operate improvement services now, the conversion of as few as one or two secondary schools could threaten its viability. Writing for The Telegraph, he said: “It would be irresponsible for government to simply allow the risk that an unsustainable rump of schools, that would widen attainment gaps, emerges, as opposed to intervening early and proactively building capacity to support all schools.”

Simons said the complexity of council budgets and the impact of the future Education Services Grant (ESG) cuts made it impossible to tease out a tipping point “example”.

Cllr David Borrow, finance spokesman for the County Councils Network, added that cutting the ESG to a point where it is “almost non-existent” in two years’ time will “stop local authorities supporting their schools and communities”.

Simons said many councils, such as Birmingham and Manchester, have already taken the “sensible approach” by opening talks with schools about their shifting roles, which includes a step back from providing improvement services.

In March this year, Surrey County Council said it could no longer afford to run school improvement services. Julie Fisher, its director responsible for schools, said the council instead would work with headteachers and governors to help schools to develop and implement self-sustaining models.

Councils with large numbers of already-converted schools could also be affected.

In the London borough of Brent, for example, all its secondary schools are now academies.

Morgan said in parliament this week because of the “pace of academisation in some areas, it will become increasingly difficult for local authorities to offer schools the necessary support”.

She said the need for action in the “limited circumstances” is clear because of the “considerable risk to the standard of education that young people in those schools receive, as the local authority is either unable to guarantee their continued success or support further improvement”.

The new legislation will also include a mechanism for financially struggling councils to request the Department for Education (DfE) converts all its remaining schools.

When will forced academisation now happen?

1. When it is clear a local authority can no longer viably support its remaining schools because a critical mass of schools has converted. The council can also request that the government converts all its schools.

2. When a local authority consistently fails to meet a minimum performance threshold across its schools, demonstrating an inability to bring about meaningful school improvement.