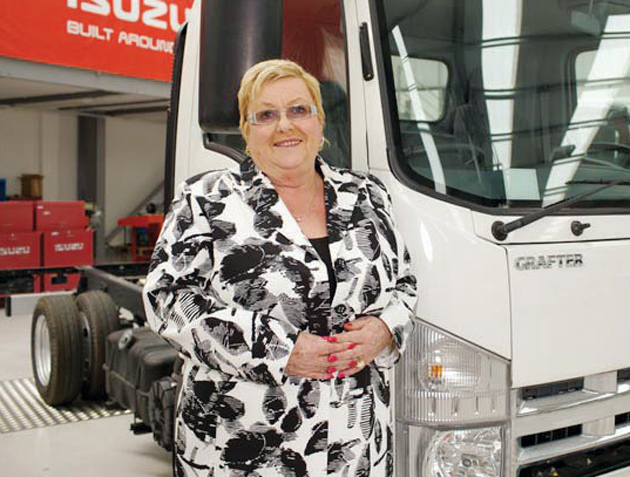 A businesswoman known as the “The Queen of Trucks” has been appointed to one of the new headteacher boards despite never having worked as a teacher, Schools Week can reveal.

Nikki King OBE has joined the headteacher board (HTB) for south-east England and south London after being appointed by regional school commissioner Dominic Herrington.

Ms King is the former managing director of vehicle manufacturer Isuzu Truck UK, and now serves as the company’s honorary chairman. In 2011 she featured in an episode of the Channel 4 series Undercover Boss.

Headteacher boards are part of the government’s new ‘middle tier’ of accountability for academies, with boards supporting each of the eight regional schools commissioners (RSCs). RSCs have a remit to monitor the performance of academies in their regions and approve new academy bids.

Mr Herrington said: “I wanted a successful business person to offer independent challenge to me and academies in the region, but it was vital this was someone with a longstanding commitment to education.

“I have been fortunate to find both of these characteristics in Nikki, who will bring a unique perspective to my board.”

Ms King retired from Isuzu in 2013 to look after her twin granddaughters, and earlier this year took on the role of chair at the Greenacre Academy Trust, which runs a primary and a secondary academy in Kent. She has also mentored students at schools in Kent for a number of years.

Ms King said that she saw the HTB as a way to give something back after a successful business career, and that she brought strategic and financial planning experience to the role.

“My work with Greenacre has shown me that the academies programme can provide a model to drive school improvement and give young people the chance to thrive,” she said.

“I hope to be able to bring to the headteacher board robust strategies and solid financial planning expertise. The eight new regional boards and regional schools commissioners will perform an essential function within the education system. I am thrilled to be part of this new and important initiative.”

Commenting on the appointment of a businessperson to one of the HTBs, Russell Hobby, general secretary of the National Association of Head Teachers, said: “It is usually healthy for any group to get an external perspective, but the name ‘headteacher board’ rather suggests it is for headteachers.

“Certainly the rhetoric around the creation [of the boards] spoke of giving back ownership to the profession. Non-teaching members should therefore be strictly limited. I think a maximum of one per board is sensible.”

Elections for the four places available on each board were held before the summer holidays, with all academy heads eligible to vote.

Every RSC has appointed a further two board members (one in the case of the West Midlands region), and boards also have the option of co-opting up to two more members.

Ms King (pictured above) is the only businessperson to be appointed to an HTB, with other appointees drawn from headteachers and academy trust chiefs in each region.

Analysis by Schools Week shows that in six cases, the appointed heads had unsuccessfully stood for election.

Sir David Carter, regional school commissioner for the south-west, where both appointees previously stood for election, said that they represented two areas – primary and special schools – that were otherwise under-represented on his board.

“It was honestly a mix of: what was I missing, what could I get. And given that people had already come forward and said they were interested in doing it, that felt to me like that was a justifiable way to go.”

Clarification, 2 October 2014: The article states that Nikki King was the only businessperson appointed to a headteacher board (HTB), with other appointees being headteachers and academy trust chiefs.

This was based on a list provided to Schools Week by the Department for Education, which included incorrect names for two of those appointed.

A further businessperson – Mark Jeffries, senior partner at law firm Mills & Reeve – has been appointed to the east of England and north-east London HTB.

The number of appointed heads who had previously stood for election to a HTB is also five, rather than the six stated, for the same reason.

Read more – Headteacher boards: the full list of elected and appointed board members