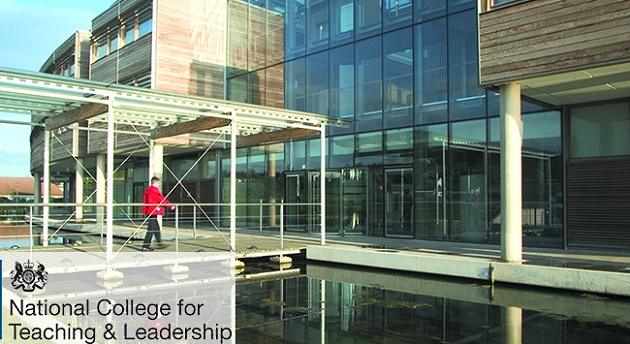 The government’s flagship teacher training centre in Nottingham is to be closed and sold off.

The National College for Teaching and Leadership’s (NCTL) state-of-the-art learning and conference centre at the Jubilee Campus of the University of Nottingham is earmarked for closure as part of a drive to save money, it is believed.

It is not yet known when the building, which cost £28m to build and was opened by former prime minister Tony Blair in 2000, will cease to be used and when any sale will take place.  The closure decision has already sparked disappointment and questions from union leaders, who have raised fears about the future of NCTL.

According to a government brochure, which describes the centre as “Nottingham’s best kept secret”, the building can host up to 250 delegates with 96 bedrooms, catering facilities, event space and training rooms. But use of the centre is believed to have dwindled in recent years after compulsory qualifications for headteachers were scrapped. Association of School and College Leaders (ASCL) general secretary Brian Lightman told Schools Week the creation of the College, previously the National College for School Leadership, was about “far more than a building”.

He said: “It was a very public statement about the importance of school leadership in our quest for a world class education system.”

Mr Lightman added that the College had generated “valuable professional learning programmes” and been a hub for important research.

He said: “During recent years its role has been reduced, at a time when the recruitment and retention of school leaders has grown more challenging than at any time I remember.

“ASCL has responded by working with other partners to secure a future for the inspirational leadership conference which the College used to organise and, more recently, by developing the Foundation for Leadership in Education so that the profession takes a key role in leadership development across the education system. “As yet the government has not indicated how it intends to help develop the next generation of school leaders. We sincerely hope that the decision to dispose of the College building does not mean the end of this organisation. This would be highly premature and short sighted.”

Speaking to Schools Week, he said: “The reduced investment in leadership development is a big concern and the closure of the College’s facility is a highly symbolic step in this decline.

“We ask a lot of school leaders, [and] we should be prepared to invest in them in equal measure. We hope that the Foundation for Leadership in Education will be able to preserve some of the College’s legacy.”

A Department for Education (DfE) spokesperson said: “There is no longer a strong reason for the department to own and operate a purpose built conference centre.

“So, to maximise value for the taxpayer, the DfE will shortly start negotiating the sale of the Learning and Conference Centre to the University of Nottingham. If a sale is agreed, the department intends to find another site for our staff in Nottingham.

“This potential change of building does not affect the role of the NCTL or its staff, nor do we anticipate any impact on other  parts of the department that are based in Nottingham.”