The small-scale model of the Admiral Graf Spee, which served with the Nazi Kriegsmarine during the war, took Steve Holland (pictured) five weeks to plan and build, with pupils at the Berkshire school helping paint portholes.

Holland has built a number of structures for the school’s annual bonfire, including in 2016 a reproduction of London’s Pudding Lane – the place where the Great Fire of London started in 1666 – as well as the Houses of Parliament, Big Ben and Westminster Palace.

Paid for and organised by the school’s PTA, Luckley House Friends, this year’s bonfire attracted around 700 spectators who watched the model ship burn.

“Mr Holland’s hard work and creativity is very much appreciated by the whole school,” said headteacher Jane Tudor. “We all look forward to seeing his fabulous creations and are always slightly saddened to see all his hard work go up in flames.” 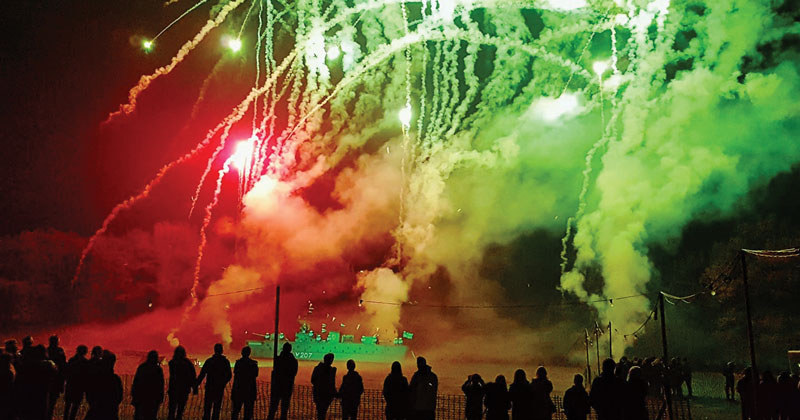