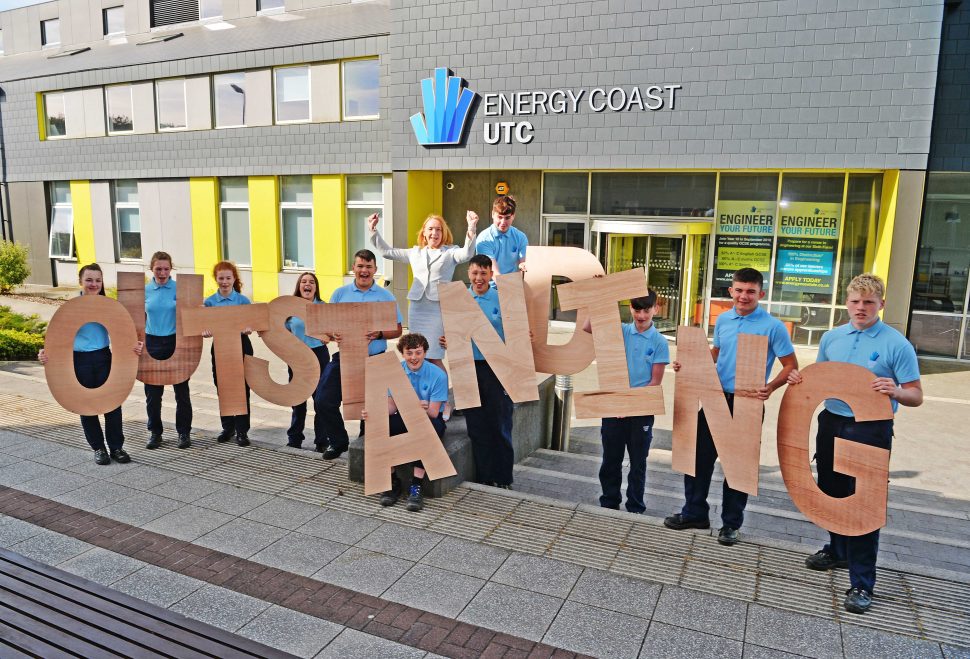 A university technical college in Cumbria that outsourced its teaching is celebrating after becoming only the second of its kind to be rated ‘outstanding’ by Ofsted.

Energy Coast UTC, which opened in 2014, was rated ‘outstanding’ by the watchdog in an inspection report published today by the school. The UTC, which had been ‘requires improvement’, got a grade one in every category.

They added that the senior leadership team “has ensured that all aspects of the school have improved considerably and rapidly”.

The UTC does remain under a financial notice to improve, which was first issued in March 2017. Schools Week reported in 2017 that the UTC had outsourced its teaching.

What goes on here is extraordinary, but it’s happening every single day

Tingle, who took over the helm in September 2016, said: “When I started, there was a range of problems, from results to the need for improvement in every area.

“My mantra was, and still is, everything has to be ‘good enough for my child’. There’s enormous satisfaction going from there to becoming one of the highest performing UTCs in the country.”

The only other UTC to be rated ‘outstanding’ is Reading UTC. The pair have bucked the national trend of poor performance for the troubled programme. The majority have been hit with poor Ofsted ratings and low recruitment numbers leading to deteriorating finances since launching in 2010, and ten have had to close so far.

The grade one for Energy Coast UTC comes despite it running at 54 per cent capacity, with only 300 on roll out of a possible 560.

Lord Baker, who created the UTC model and set up the Baker Dearing Trust to promote them, said Energy Coast UTC “leads a revolution in technical education”.

“This UTC provides what its chain of local suppliers needs most – skilled technicians and engineers at 16 and 18,” he added.

Inspectors noted how many students “start at this school disillusioned with what they have achieved in their key stage 3 education at other schools”. Some are “resentful about schooling” but through “excellent support and guidance, staff transform the negative attitudes of these pupils in a remarkably short period of time”.

Ofsted said all staff at Energy Cost have “nurtured very effective relationships with a range of high-profile employers in the region” – including construction giants Morgan Sindall Infrastructure, Iggesund, Sellafield, the Nuclear Decommissioning Authority, Jacobs and Nuvia.

“The employers and the UTC have developed excellent work-placement programmes that enthuse and engage students in STEM careers,” inspectors wrote.

“Consequently, almost all students who leave the school at the end of Year 13 progress to STEM-related apprenticeships in the local community.”

The Ofsted report continue: “Working with the principal, governors have created a highly positive school ethos which raises pupils’ aspirations to be the best they can be.

“The encouraging, professional and supportive culture of the school now enables the vast majority of pupils to achieve very well. They catch up with any learning they may have missed at their previous school.”

Tingle concluded: “I’m thrilled by the report, but not surprised. What goes on here is extraordinary, but it’s happening every single day. It is absolutely the norm that we expect – and get – a high degree of commitment and excellent levels of achievement.”