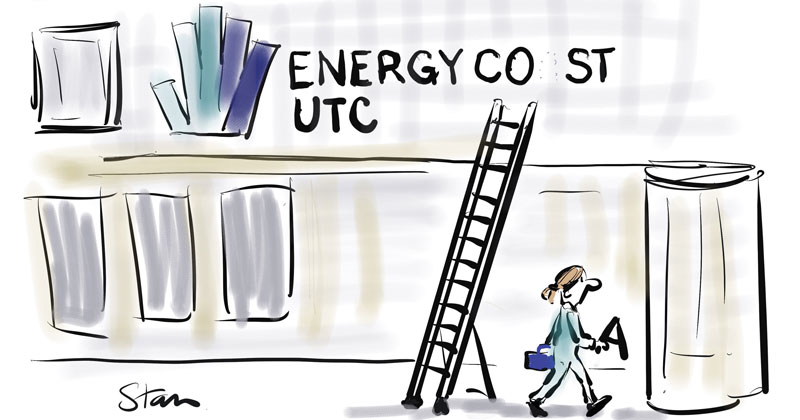 A specialist vocational school that outsourced its teaching has been handed a financial notice to improve, although it says the government signed-off on the arrangement.

Energy Coast UTC in Cumbria was handed the notice last week over “historic failures” in its financial management.

The Education Funding Agency (EFA), which sent the notice, cited a number of “material weaknesses” in the schools’ accounting, including overpaying one of the school’s sponsors that directly delivers teaching to pupils.

The UTC was opened in 2014 by four co-sponsors – Gen2, a private training provider; Lakes College West Cumbria; the Nuclear Decommissioning Authority, a large local employer; and the University of Cumbria.

Before opening, the government agreed to allow Gen2 and Lakes College to teach pupils on their premises as the school lacked the high-tech facilities to provide specialist technical courses.

But a recent EFA financial review found “sufficient evidence” that Gen 2 charged more than it cost it to deliver the training, which is a breach of academy rules and, under government regulations, cannot be regarded as “value for money”.

“It was always the intention that much of the teaching and learning of the UTC’s students would be delivered by partner organisations. The capital build of the UTC was reduced to reflect this, and was agreed by the EFA and the Department for Education when the UTC was originally approved.”

A Gen2 spokesperson added: “As a private sector organisation Gen2 is not in direct receipt of any school funding, and provides services to the UTC on a full cost recovery basis, but without including any element of profit.

“Gen2 is, therefore, disappointed with the EFA’s conclusions regarding the cost of the teaching services provided by the UTC’s partner organisations, as this does not reflect the true cost of providing outstanding teaching and learning in technical subjects such as engineering.”

Outsourcing school business is typical in areas such as HR, according to Bethan Cullen, a director at the National Association of School Business Management. But Energy Coast was a “rare case” as teaching was not traditionally done by outside providers. All outsourcing, regardless of the type, must “go through a procurement and tendering process to ensure best value and value for money for the school”, she added.

The EFA’s report said Energy Coast UTC failed to procure the agreements it has with Lakes College and Gen2 and to apply a competitive tendering policy.

In future, all Energy Coast transactions, regardless of size, must be approved by the EFA until the UTC has shown it can comply with rules to the satisfaction of the education secretary.

The UTC and Gen2 have agreed to work with the EFA to provide improved value for money in future teaching provision.

But it goes ahead with plans to fast-track year 9s

This September Energy Coast plans to place a group of “gifted and talented” 13-year-olds straight into year 10.

The school, set up for pupils aged 14 to 19, is planning to recruit about 20 year 9 pupils and place them on a full time “accelerated programme” in which they will work alongside the UTC’s year 10s.

The pupils will be headhunted through “direct marketing to parents” with adverts in the local press and radio rather than pitching the idea to other schools. They will be selected through face-to-face interviews with the school’s principal, Cherry Tingle, who will look for evidence of enthusiasm for STEM subjects, as well as previous school reports.

We’re expecting an engineering shortage of about 10,000 people in the next five years

Tingle says she is introducing the scheme to address a growing engineering skills gap in Cumbria.

“We’re expecting an engineering shortage of about 10,000 people in the next five years, so what we want to make sure of is getting people who have that passion and getting them started working with local employers and on that progression route sooner rather than later.”

Academies, including UTCs, have traditionally sought the permission of their regional schools commissioner (RSC) to expand their age range, but as Tingle plans to take on only a “small number” of pupils, RSC approval is not needed.

The school admissions code says that parents can seek a place for their child outside their normal age group if, for example, the “child is gifted and talented or has experienced problems such as ill health”.

Another under-performing UTC, Central Bedfordshire, previously applied to allow pupils to join its school from 13. The school said at the time it wanted to expand its intake to “better meet the needs of students within these local authorities”.

But it was rated “inadequate” by Ofsted in 2014 and closed in August last year.

Tingle said the accelerated programme would “condense three years” of learning, meaning some would take their GCSEs early while others will complete a three-year key stage 4.