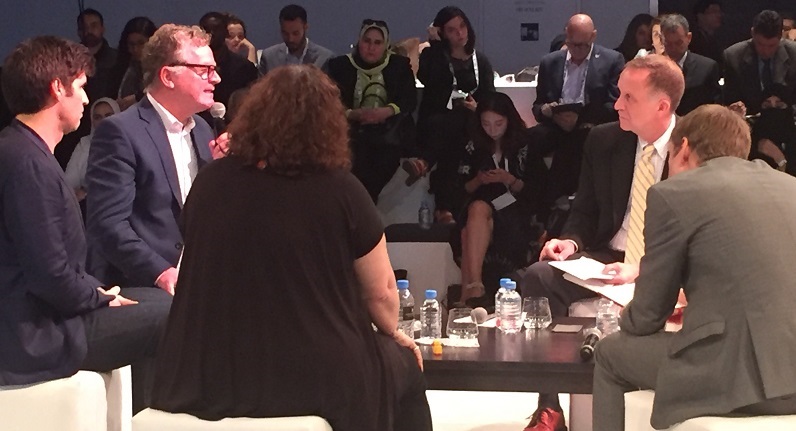 The Education Endowment Foundation is developing three new areas of early years’ research, including looking at the transition of pupils into primary school, according to CEO Sir Kevan Collins who spoke today at World Innovation Summit for Education.

The EEF have ramped up their research into early years, and recently partnered with charitable trust the Nuffield Foundation to develop new projects on outcomes for disadvantaged children in the earliest stages of learning.

Three new areas that are being explored are “self regulation, communication and parental involvement”, Collins said at the summit in Doha, Qatar.

“We’ve got a number of studies running that are currently in play in England in early years settings – we’d like to do more.”

Collins participated in a panel discussion at the summit on ‘New learning models: lessons and practices’, in which he said early years education is “the most important thing we do”, but more research needs to be carried out in the area.

Gathering evidence about what works in early years education has “huge promise” he said, but “we have not yielded as much as we should yet”.

Valentine Mulholland, head of policy at the National Association of Head Teachers, responded to the announcement by saying the union welcomed “the recognition that funding must be made available to support children with disabilities and special educational needs to access this important phase of education”.

Collins stressed the value of early years education for children facing challenges and disadvantages. The EEF currently has “150 studies in play”, including those that cross from early years into primary school, as part of its ‘Early Years Toolkit’ package of research, he said.

“We’ll follow the kids all the way through to see what the impact is over time.”

He added that positive or negative influences at the early years stage can have a lasting impact throughout a child’s education.

“More than anywhere we need great practice and support and training for early years people,” he said.

Collins was joined in the panel session at the WISE summit by John Goodwin, chief executive officer of the Lego Foundation; Felix Marquardt, founder of think tank Youthonomics; and Leslee Udwin, founder and CEO of Think Equal.

The group discussed how innovation in teaching and learning can work – and not work – in the classroom.

Goodwin said children are often “over-scheduled”, which inhibits their chances to think in creative ways. “Play” should be a part of learning, both in schools and at home, he added, and while there is “energy” among teachers to develop new skills with pupils, they need to be supported to do so.

Collins warned that while innovation in schools has potential to make a positive impact, it is important to prove approaches work effectively and “bring the changes we hope for in our children”, before they are fully delivered.