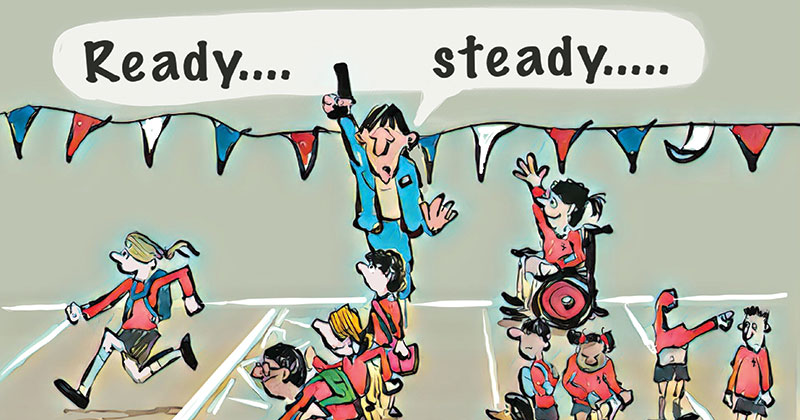 Education has “not done anything” to improve social mobility and has made inequality worse, according to the education economist Stephen Machin.

Speaking at a debate held by the Sutton Trust on Wednesday in central London, Machin said education had been a “dequaliser” because it benefited rich pupils more.

“Education has not been the great leveller. It’s either done nothing for social mobility, or it has reinforced existing inequalities.”

Time at school strengthened the link between pupils and their family backgrounds, said Machin, a professor at the London School of Economics, meaning more rich pupils ended up in higher education.

He also cited the OECD’s finding in 2012 that in 20 developed countries, only young people in the UK and US had as poor literacy and numeracy skills as their parents’ generation.

There have been some “minor improvements” in school outcomes but “in terms of the bigger picture, these are not really that important”, he said.

Anna Vignoles, professor of education at the University of Cambridge, said the government would have to “disproportionately” invest in poor pupils’ education to help them to get high-status jobs and wages.

She suggested removing the subsidy for childcare for higher earners, directing the money instead towards poor children in early years.

Even then, she predicted that “you would see the middle and upper classes continue to outstrip any investment the state could make”.

It comes as a report by the Sutton Trust showed an increasing public pessimism about social mobility.

But 2,000 respondents to an Ipsos MORI survey have faith in the capacity of comprehensive schools to enable social mobility, with 47 per cent backing high-quality schools over other educational alternatives, such as lowering tuition fees, to help poor pupils.

However at a panel debate, Vignoles said poorer children were already left behind by primary school, and continued to “divide” according to family income throughout school until they got lower grades, on average, than their richer counterparts at A-level.

This meant that many of the “policy levers” used to help poorer pupils achieve would fail, as family background continued to dominate, she said.

However, while it was “also true” that poorer children earned a “high return” from investments they put in education, rich children on average benefited from education more.

But Vignoles said education enhanced “lives and skills” and should “not be given up on”.

“There is a danger this aspect of education would get lost in our disappointment that it’s not a route for social mobility.”

Schools must concentrate on teaching pupils skills for weathering a new technological era of jobs, she added.