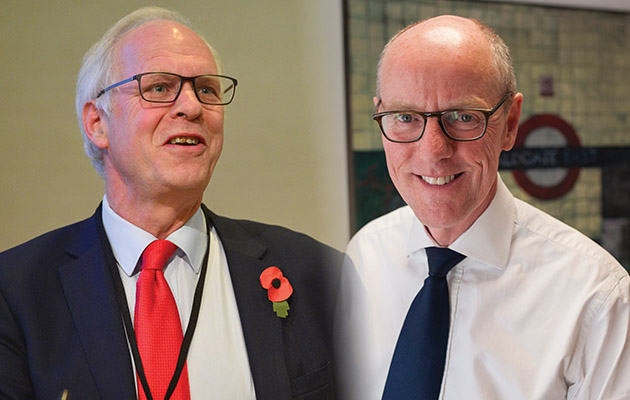 Academy trusts should not have the right to fight termination notices issued to failing schools under new legislation, Labour MPs have said.

The opposition will launch a last-ditch attempt to amend the government’s education and adoption bill when it is considered in the House of Commons for the final time this evening.

As well as trying to build in a requirement for parents to be consulted on plans to academise schools, Labour will try to remove a section of the bill which gives academy trusts the right to make representations to the government if they are issued with a termination notice for one of their schools.

Under the terms of the bill, academies which are considered to be failing as a result of a poor Ofsted report can have their funding agreement terminated and be transferred to another sponsor.

Labour has said its amendment is an attempt to level the playing field with council-maintained schools, which are not being given the same right to speak to the government following the issuing of a termination notice as academies.

Shadow schools minister Nic Dakin (top left), who will face his government counterpart Nick Gibb (top right) at the despatch box today, said it made “no sense” to treat schools differently “depending on what type of structure they have”.

He said: “Parents and communities have the right to be sure that all pupils in their area will get an excellent education, regardless of whether their children attend an academy or community school.”

The bill, aimed at speeding up the process by which regional schools commissioners intervene in schools which are deemed to be ‘coasting’ or failing, will go to the Commons for the final time today to have amendments made by the House of Lords considered by MPs.

All the amendments in the Lords – including the move to include academies in the scope of the ‘coasting’ definition – were made by the government, and are expected to be accepted without amendment by the House of Commons, where the Conservatives have a slim majority.

A Labour spokesperson told Schools Week the party welcomed the “u-turn” which brought academies into the purview of the bill, but warned the legislation was still unfair on council-maintained schools.

He said: “Considerable numbers of academies are failing, yet academy governing bodies would have a chance to appeal to the secretary of state before the school is re-brokered, something a maintained school is not allowed to do.”

A Department for Education spokesperson said: “Academies operate through a contractual and legally binding relationship with the secretary of state. We are already ensuring that academies with old funding agreements are subject to the same measures as new academies.

“Removing the requirement to seek representations from academy trusts would go beyond this, meaning changing funding agreements for all academies. Academies operate under a strict system of oversight and accountability – more robust than in council-run schools — which means any issues are identified and swift action can be taken.”

For updates from the debate this evening, follow @SchoolsWeekLive.