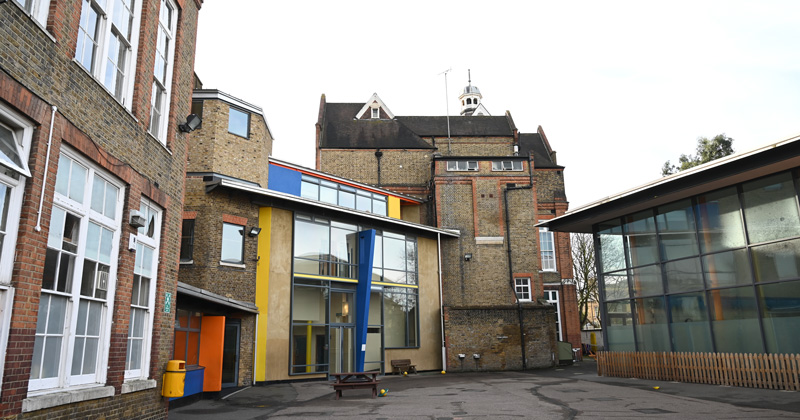 The operators of commercial facilities run from the site of the former Durand Academy in south London want about £3 million in compensation to return them to public hands – and believe they will win a legal challenge to get it.

The Durand Education Trust (DET), which still owns a leisure centre and accommodation on the site in Lambeth, will take the Department for Education to court next month to demand money “over and above” the net book value of the assets it holds.

Schools Week understands that Lambeth Council will have to foot the bill if the legal challenge succeeds.

The loser has been the taxpayer and the public, who have seen their assets sequestered away

It marks the latest development in an ongoing saga in which the school reopened in 2018 as Van Gogh Primary under the sponsorship of the Dunraven Educational Trust.

The latest accounts for the Durand trust show that assets of more than £10 million were transferred to Dunraven when the school changed hands.

Durand’s trustees have argued they should not have to transfer the remaining land and buildings “without consideration”, and say in the trust’s latest accounts that they are “confident of a successful outcome” in their legal challenge.

“The trustees have challenged the right of the secretary of state to take over these assets without providing reasonable compensation.” The case is expected to be heard next month.

Dr Mary Bousted, the joint general secretary of the National Education Union, said there was a lack of due diligence from the government when the school became an academy in 2010.

“This was always going to be the endless result of a hopeless drive to academise without thinking about the assets handed out to sponsors,” she said.

“The loser has been the taxpayer and the public, who have seen their assets sequestered away and now we’re seeing the endgame: a charity is demanding money to hand back assets that were given to it for free.”

The accounts also claim the trust is in “advanced negotiations” with Lambeth to lease the properties back once they are transferred to allow it to trade “for a term of at least 18 months”.

It is understood that under the arrangement, London Horizons, DET’s trading arm, will run the leisure and accommodation facilities until a competitive tender process is launched for a new provider.

However, the documents also reveal that trustees anticipate that the coronavirus pandemic will have had a “hugely negative impact” on profits.

Lambeth council confirmed that it had been “working to reach agreement, in line with the Department for Education’s directions, and hope to conclude transfer and leasing arrangements in the near future”.

The DfE said all parties “continue to work towards the transfer of the commercial land”.

Lambeth transferred the school’s land and buildings to the Durand Academy Trust when the school academised in 2010. The academy then transferred the assets – worth about £15 million, according to the National Audit Office – to DET.

Using the London Horizons subsidiary, DET then ran the leisure and accommodation facilities, with profits invested back into the school. However, Sir Greg Martin, the headteacher, was paid a sizeable annual management fee, taking his combined salary to more than £400,000.

The government ordered the school’s rebrokerage in 2016 after it refused to cut ties with Martin. He stood down as head in 2015, but soon after became the school’s chair of governors.

The group then finished the year with assets of £3,304,022, which is understood to relate to the school’s satellite boarding site in West Sussex, which had not been sold. That left £2,574,386 unaccounted-for.

This was explained in the trust’s 2018-19 accounts, which state that the remaining Hackford Road properties were excluded from the financial statements to take account of the direction of the education secretary, which did not include provision for any compensation.

But the trust has vowed to fight for compensation “commensurate with and inclusive of the enhanced value, over and above the original net book value, that is properly attributable to them”.

David Boyle, the chief executive of the Dunraven trust, said he “remains grateful for the ongoing support from the DfE and ESFA working with Lambeth to bring this matter to a long-awaited conclusion for the benefit of the children of Van Gogh primary”.