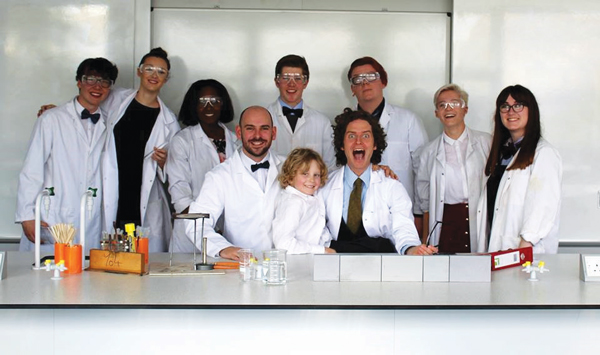 Two teachers from York have released a song and video to mark the 20th anniversary of local charity, Jessie’s Fund.

Robin Parmiter and Ian Wilson, both teachers at Huntington School, re-formed pop duo Disco Mister to celebrate the charity’s work with children in hospices, special schools and in other settings nationwide, giving them access to music therapy.

The duo came to prominence when they become Amazon’s most downloaded World Cup 2014 song with Bring It Home.

They then took on Band Aid in the fight for the Christmas No 1 spot last year with Everybody Dance (Happy Christmas).

Disco Mister’s I am You tells stories of how music impacts on different people every day.

“We wanted to write a song that celebrates music and connects people,” Ian says.

Robin adds: “The video tries to capture something of the power and magic of music that is beyond reductive progress descriptors.”