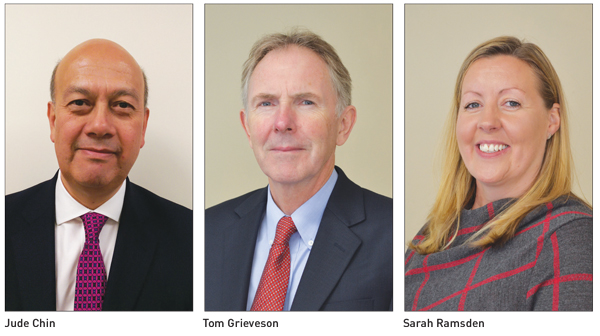 Jude Chin, chair of the schools network SSAT, replaces Rupert Gather to lead the board of trustees at the Academies Enterprise Trust (AET).

He plans to focus on the “well publicised” problems AET are having at key stage 4.

In April the trust had to offload eight of its schools and the Department for Education barred it from taking over any more following fears it was expanding too fast.

Ofsted also said the trust was failing to give “too many pupils” a good enough education.

Mr Chin says that there is “a well-documented” history of the trust having grown quite rapidly. “When you do that sometimes the structures and the processes take a little bit of time to catch up.

“Ultimately my two key objectives are to try to have a relentless focus on the outcomes, particularly for key stage 4. We also need to address some of the financial issues, which loom large for any trust.”

He is also a non-executive director and deputy chair of Colchester Hospital University NHS Foundation Trust where he chairs the audit and risk committee.

Ricky Ricketts and Lynn Aitchison have also left the AET board.

After joining the inspectorate in 2005, Mr Grieveson specialised in improving schools in the north east, Yorkshire and Humberside regions.

With school improvement being his “bag”, Mr Grieveson says he will prioritise disadvantaged schools within the trust.

“My role will help the northern education team keep focused on their core business to get the best quality provision in terms of teaching and leadership so we can get the best outcomes for the children.”

Before joining Ofsted, Mr Grieveson spent 12 years as a headteacher. He then moved to senior positions in Gateshead and then Humberside local authorities.

Sarah Ramsden moves from vice-principal at Dyke House Academy in Hartlepool to become principal of The Blyth Academy in Northumberland.

Both schools are part of the Northern Education Trust.

She says her new school faces a couple of challenges, the first of which is to move to a good judgment from Ofsted.

And she aims to raise the aspirations of the students by “getting them to realise they can achieve their goals, even if they think they’re not capable of them.

“We’re doing a lot of work around getting the students to understand that if you are not successful the first time, that doesn’t mean that you give up. It is actually part of the learning process.”

Ms Ramsden studied PE and psychology at York St John University and then completed a PGCE at Durham.