Putting more money and resources into current mental health provision is a pointless exercise if the children who need help are rejecting the system, says Sarah Newton.

The Institute for Public Policy Research recently recommended that all secondary schools have guaranteed access to at least one day a week of on-site support from a mental health services professional. But while increased access is to be welcomed, simply providing more child and adolescent mental health services (CAMHS) advisers to young people seems somewhat akin to placing a sticking plaster on a gushing wound.

“Why would they want to put money into a system that isn’t working?” Milly, 16, asks. I met Milly a year ago; she was hysterical, pleading with the pastoral care team not to refer her to CAMHS for the fourth time. She felt “completely disempowered by the whole process”.

Exasperated with the system, Milly and her friends — all suffering with anxiety and depression — formed their own support group, using Facebook Messenger and lunchtime meetings to share their thoughts, feelings and tactics.

You may dismiss this as anecdotal, but in my experience it represents reality. Countless bright, intelligent and aspirational young people are turning their backs on the system and finding ways to support themselves and each other.

It’s like sticking a plaster on a gushing wound

During my 26 years working with youth, I have learned that young people are far more capable of helping each other than we give them credit for.

Peer-to-peer support has been shown to provide tremendous benefits for early intervention, lessening the severity of mental health issues and need for specialised services later on. Looking beyond cost savings, peer-to-peer support also empowers those in the trenches, including schools, teachers and pastoral staff, to help support children and adolescents before they get lost in a system already under pressure.

Perhaps it is time we started to empower our youth to have a hand in their own path to mental well-being. Yet we seem reluctant to consider that peer-to-peer support can help.

Amber started her own support group after listening to a school assembly on self-harm because she felt the adults explaining the issue “didn’t get it”.

She later explained that most girls she knows self-harm because Tumblr romanticises it, not because they feel bad or angry, something missed by the invited speaker and her two rounds of CAMHS support.

There are alternatives. There are meet-up groups for people with mental health issues, where they can talk without fear of judgment. They are simple, easy to implement and help to lessen the stigma of mental health in young people.

If schools were to encourage peer-to-peer support, they would simply need to provide a meeting place and an interested adult to supervise and let the young people do the rest. Leaders in the group would naturally develop and these groups would be able to self-regulate. Pastoral care teams could then direct students to the group for initial support, or as extra support while waiting for a referral. Eventually these groups could replace the lower levels of CAMHS referrals (tiers 1 and 2), freeing the system to concentrate on the more serious tiers 3 and 4.

Implementation could be simple as:

• The government adopting an already successful peer training programme and making it easily accessible to all schools.

• School leaders discussing mental health peer groups within their school community and identifying members of the management team to lead and implement such groups.

• Committed teachers and pastoral care workers identifying students to be part of a pilot group that would identify and empower natural leaders.

• Implementation of pilot groups under the supervision of an adult, but led by the students.

• Quarterly monitoring and evaluation based on objectives set by the students.

We need to start listening to the young people who are turning their backs on the very system created to support them. I think Katie says it best: “I often pretend I am fine when I could really do with some support; I just don’t say anything because I don’t want them to refer me.”

Sarah Newton is a youth worker, author and speaker 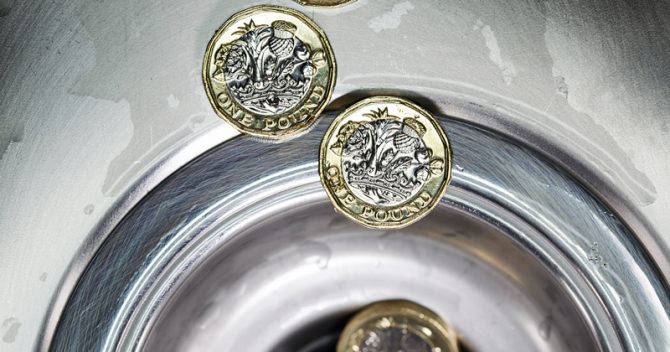 Responses to Harold A. Maio