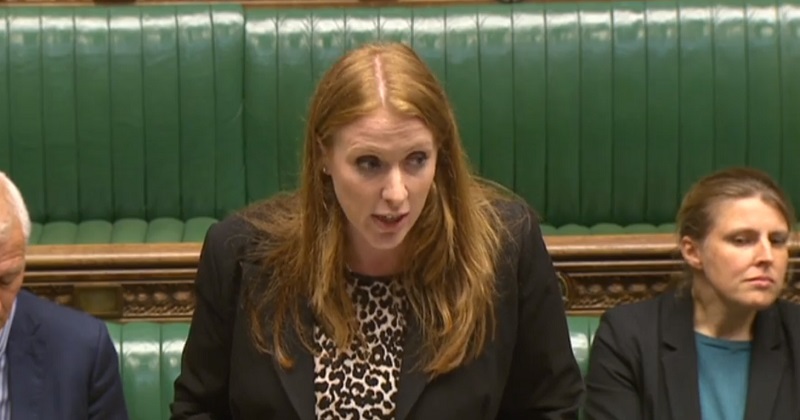 The government will use the results of controversial new key stage 2 SATs tests to identify underperforming schools, Labour has warned.

Shadow education secretary Angela Rayner said there would be “serious consequences” for thousands of schools after this year’s primary tests, in a parliamentary debate yesterday, branding them an “unmitigated disaster” and a “nightmare” for children.

But the government said there was no truth in allegations it was already using the results to target schools for academisation.

Last week, provisional figures from the Department for Education revealed that just half of year 6 pupils had met the new “expected standard” in their key stage 2 SATs tests, and Morgan has been quick to stress the results should not be compared to previous years.

But Rayner accused the government of focusing on league tables, “regardless of how accurate”, and returning the country to the “dark days of the 11-plus”, with children “branded failures before they reach their teens”.

“Worryingly, the schools commissioners are already using the provisional results from these tests to identify those schools to which they can apply their extensive legal powers to force them into academy status on the spurious grounds that they are failing, coasting or underperforming,” she said.

“Almost half of England’s 11-year-olds will now go on to secondary school being told by this government that they are failures,” she added. “But the real failures are this government, and in particular, the current education secretary who pushed ahead with this flawed system despite all the warnings from the education profession that its primary assessment system was not fit for purpose.” Rayner warned that new compulsory re-sits due to be introduced next year would mean pupils starting secondary school would face “an anxious replay of drilling for tests” rather than the “excitement and anticipation” of their “first year at big school”.

“I can only imagine the impact on those young lives,” she said. “To have to go through it all again. To feel a failure.”

Accepting that a “proper testing regime” was needed to monitor pupil progress, Rayner said such a system needed “consistency” and to be understood by all, and said Morgan’s “chopping and changing” of the current system had gone too far.

“She has caused disruption and chaos in our schools and extra bureaucracy for our teachers. The key stage 2 assessments have been an unmitigated disaster and a nightmare for thousands of children.”

But Morgan, who could well be embarking on her last 24 hours in her own job, was defiant, and launched a barrage of criticism at Rayner and her Labour colleagues.

She said Rayner’s speech had “captured everything that is wrong with the Labour Party at the moment”, including “mad conspiracy theories, deferring to the unions and zero answers to the problems facing this country”.

She said tests were a “vital part of teaching”, and insisted the key stage 2 tests were “not about holding children to account”.

She said it was “inevitable” that the first year of the tests would prove to be a “challenge”, but said the government was listening to feedback and “thinking about the structure of assessment frameworks” ahead of next year.

“Lower results do not represent a failure of our reforms,” she added. “I have been very clear that it is not possible to compare this year’s results with last year’s results.

“We have always been clear that because we had both introduced a new curriculum and raised the bar, results would be lower as the new curriculum beds in.”