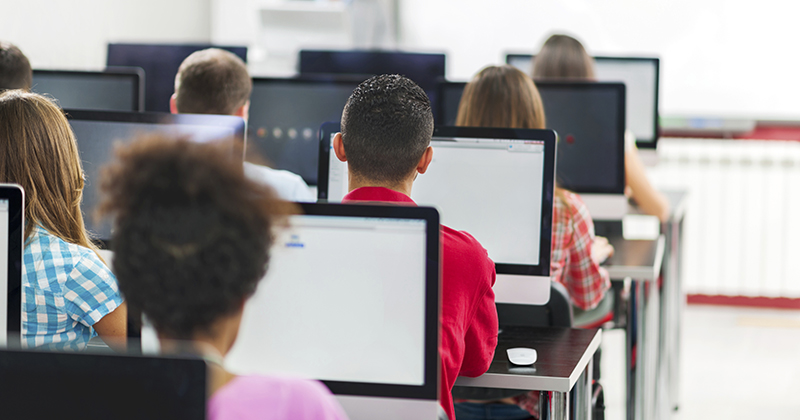 The Department for Education failed to attract a single bid to run its proposed national computing SCITT, but has insisted plans will be relaunched this year.

The appointment of a computer science “champion” to help upskill teachers has also been delayed.

The DfE admitted in September – when the contract was supposed to begin – a procurement process “didn’t result in any suitable bids”.

It refused to say how many bids were received, but Schools Week can now reveal not a single company showed any interest.

However, the department has confirmed it plans to reopen bidding by the end of the year.

Bob Harrison, a school governor and former chair of the DfE computing expert group, questioned the need for a SCITT and said the failure to attract any bids demonstrated “the lack of interest or preparedness in this particular issue.”

He said it was time to “go back to the basics” and “re-examine” the national curriculum and qualifications system.

Recruitment for computing teachers rose from 66 per cent of the required number in 2017-18 to 73 per cent in 2018-19, but the government is concerned about low uptake of its new computer science GCSE and wants more teachers to deliver it.

In summer 2018, the uptake of GCSE computing or ICT qualifications fell by 45 per cent.

The DfE wanted an organisation with “national reach” to create a network of eight hubs by the end of next summer, and suggested an annual recruitment target of 40.

But the decision was criticised after other subject-specific national SCITTs failed to recruit their target numbers.

James Noble-Rogers, the executive director of the Universities Council for the Education of Teachers, said: “The DfE would do much better in investing resources in supporting existing ITE providers or finding other ways to attract new computing teachers.”

A five-month £30,000 contract for a new computer science “champion” was due to start today – but no contractors have yet to be appointed.

The National Stem Learning Centre, which ran the tender, would not provide further details.

The “champion” must raise awareness and encourage participation in the computer science accelerator programme, which supports teachers from non-specialist backgrounds teach the subject at GCSE. The programme aims to train more than 7,000 teachers.

He or she would be supported by the National Centre for Computing Education (NCCE), which also announced the creation of 23 computer science hubs in July.

Simon Peyton Jones, the chair of the NCCE, said they want to help teachers “embrace the computing curriculum, to support, equip, and encourage them, and to provide tangible resources that can help turn the curriculum into a rich, vibrant reality”.

On the computing SCITT, a DfE spokesperson said they are “considering next steps”.