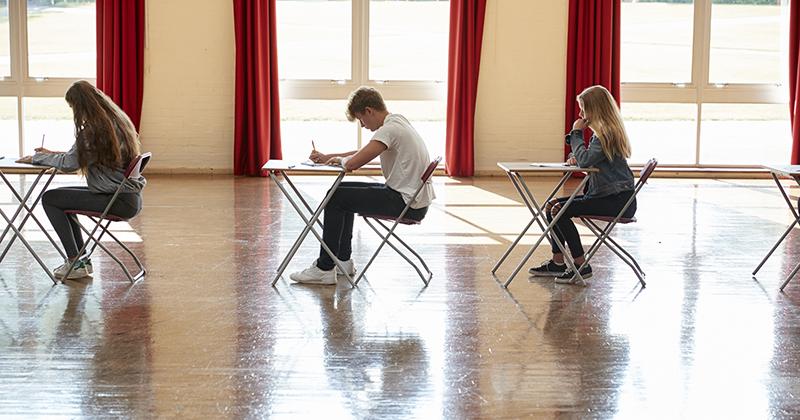 Government plans to remove funding for the majority of BTEC qualifications will hit the most disadvantaged young students the hardest, various unions and sector representatives have warned.

In a joint statement published today for a campaign called #ProtectStudentChoice, 11 organisations urged ministers to rethink plans outlined in the level 3 qualifications review.

They expressed concern that removing funding for BTEC qualifications “will leave many students without a viable pathway at the age of 16 and will hamper progress to higher education or skilled employment”.

Exams regulator Ofqual raised similar fears in January after a consultation on the review closed, warning that learner choice would be adversely narrowed and that the move would destabilise the qualifications market.

DfE concludes poorer pupils have most to lose

The Department for Education’s own impact assessment concluded that students from disadvantaged backgrounds have the most to lose if applied general qualifications are defunded, as it is these students who typically choose to take the courses.

Geoff Barton, general secretary of the Association of School and College Leaders, described the plans as a “hugely unnecessary risk which will hit disadvantaged youngsters hardest”.

School, college and university groups are now encouraging their members to write to their MPs to make the case to ministers to protect BTECs.

The Department for Education is expected to publish the final outcome of the review before the end of the summer term.

Under proposed plans, the department would introduce a binary system of T levels and A-levels, where most young people pursue one of these qualifications at the age of 16.

It will involve stripping down what the DfE claimed to be a “confusing landscape” of over 12,000 courses on offer to young people at level 3 and below, removing funding for those that compete with T Levels and A-levels by autumn 2023.

Ministers claimed there were multiple qualifications in the same subject areas available – many of which were “poor quality and offer little value to students or employers”.

The review includes applied generals, tech levels and technical certificates. While these cover a wide range of courses, BTECs, awarded by Pearson, are the most popular.

In their joint statement, the 11 organisations warned that for “many” young people, applied generals will be a “more appropriate route to support progression to higher levels of study or a meaningful job, than an A level or T level-only study programme”.

Defunding them would “leave many students without a viable pathway at the age of 16 and will hamper progress to higher education or skilled employment”.

The organisations also said the present implementation timeline was “not feasible, particularly given the unfolding impact of the Covid pandemic”.

They added that funding should not be removed for any applied general qualification unless an “impartial, evidence-based assessment has concluded that it is not valued by students or employers”.

‘It is a hugely unnecessary risk’

Bill Watkin, chief executive of the Sixth Form Colleges Association said: “The government’s plan to sweep away the majority of applied general qualifications like BTECs will make it harder for many young people to access higher education and harder for many employers to access the skills they need.

“Ministers must protect student choice and guarantee that applied general qualifications have a major role to play in the future.”

Barton added: “Scrapping applied generals will pull the rug from under the feet of the 200,000 young people who benefit each year from taking these proven and established qualifications which provide a great pathway to university courses, training and careers.

“It is a hugely unnecessary risk which will hit disadvantaged youngsters hardest.”

The 11 organisations that have issued today’s joint statement are:

Association of School and College Leaders