Early entry to GCSEs “does not always benefit pupils”, the Department for Education has warned, as new research showed pupils in some subjects do worse if they take them in year 10.

A new “ad hoc” research paper published by the DfE today shows that pupils who take English literature and religious studies a year early tend to do worse than those who take the subjects in year 11.

However, pupils who take statistics, which is the most popular subject for early entry, tend to do better when taking it early than those who wait.

The DfE has urged schools to review any plans for early entry for year 10 pupils in the summer of 2021, amid concerns about disruption to exams.

“It may be in the best interests of the pupil to take their exams and assessments the following year when they are in year 11, if the curriculum can be adjusted to provide further teaching and study time in the summer term and academic year 2021 to 2022,” the department’s guidance states.

The DfE research shows that statistics is by far the most popular subject for early entry, with over 40 per cent of entries in 2019 coming from year 10 pupils.

Early entries also accounted for around 8 per cent of religious studies entries last year, while English literature accounted for just over a fifth. Other subjects such as Classical greek, Latin, electronics and ancient history also had early entry rates of over 5 per cent, but the number of entries in these subjects was low.

To perform its analysis, the DfE split pupils into prior attainment bands. It found that in English literature pupils in all bands achieved lower entries taking the subject early than those who took it at the usual time. 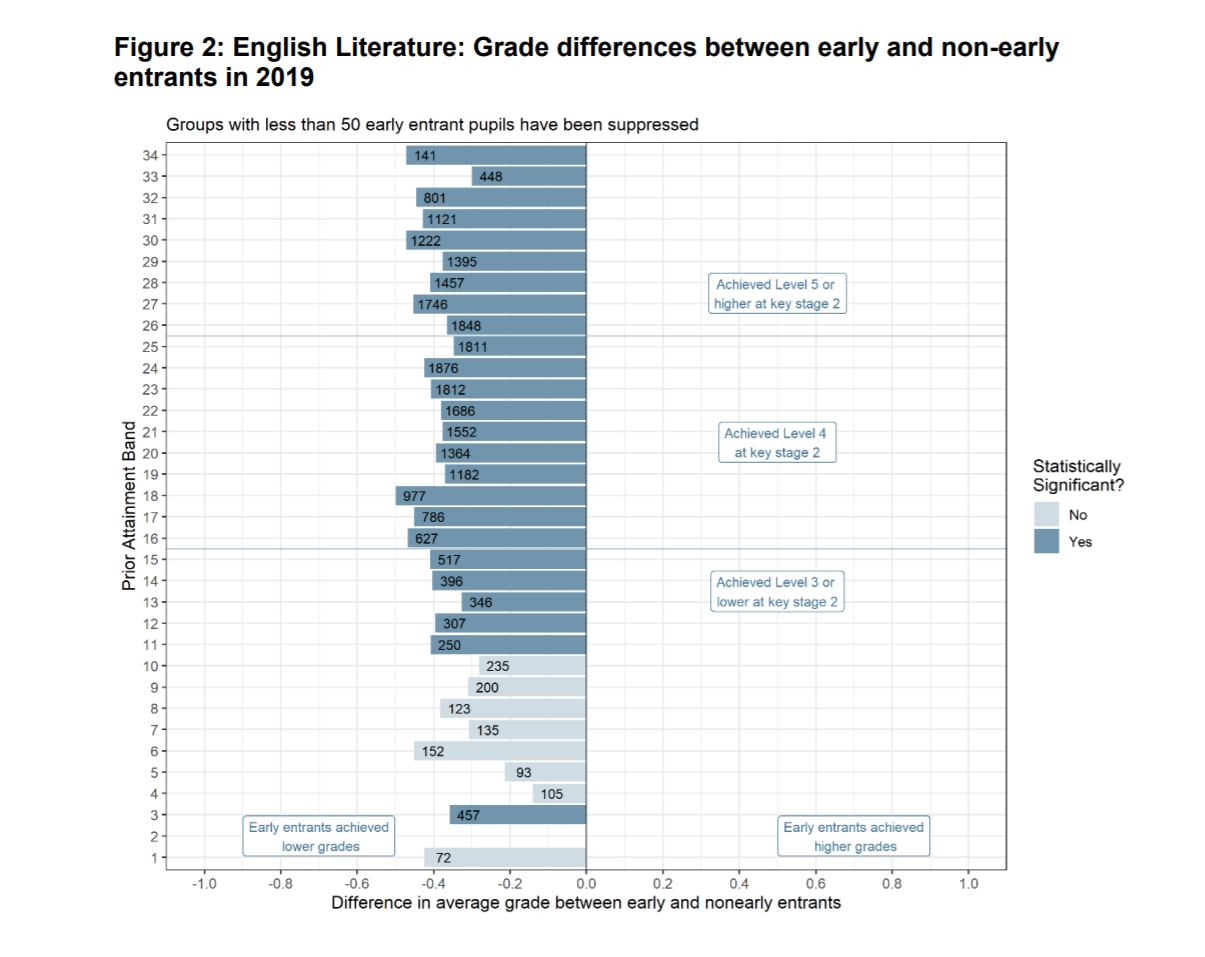 The picture in religious studies was more mixed, with those in the highest prior attainment bands tending to do slightly better at early entry than those who entered in year 11, but those with lower prior attainment doing worse. 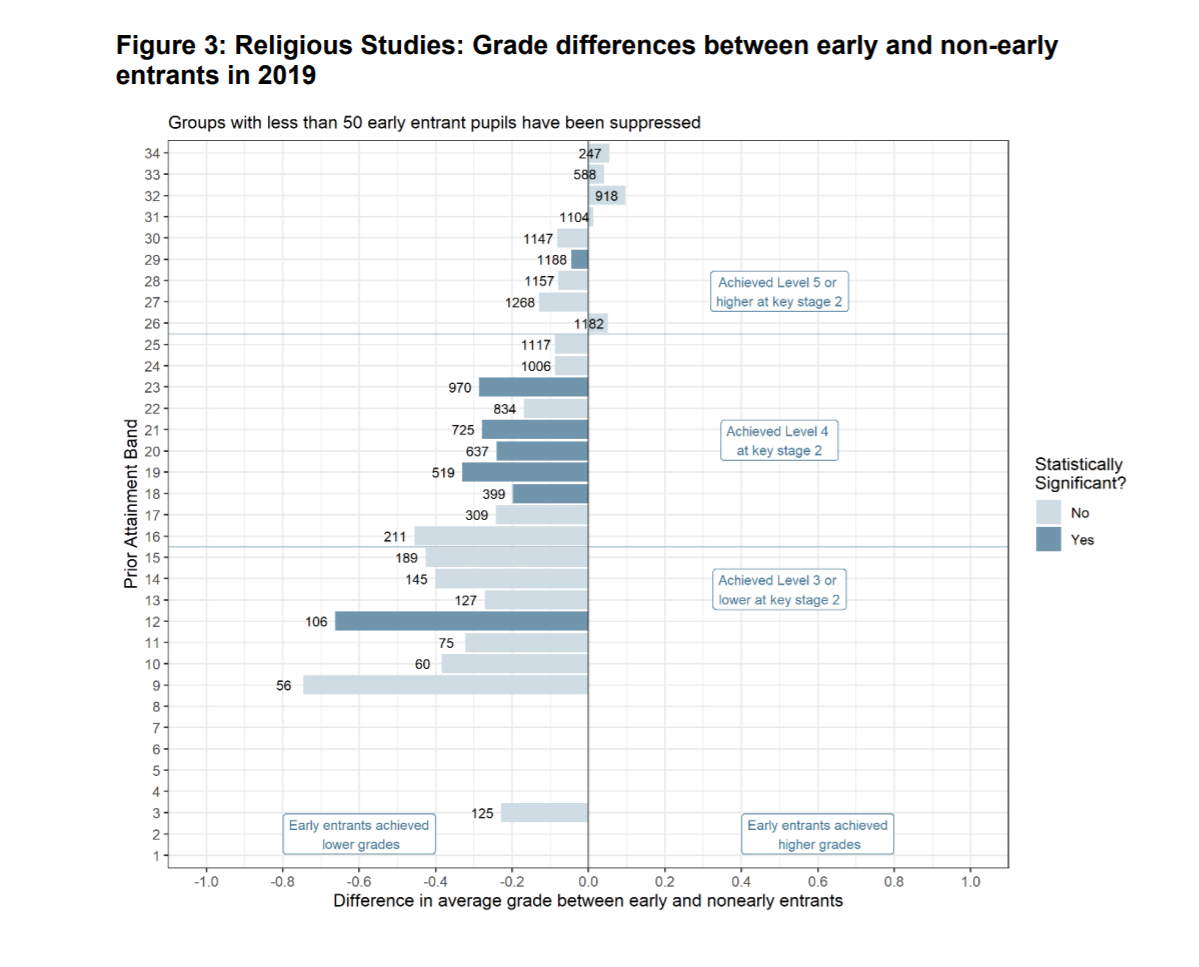 However, in statistics, pupils in most prior attainment bands appeared to perform better at early entry. 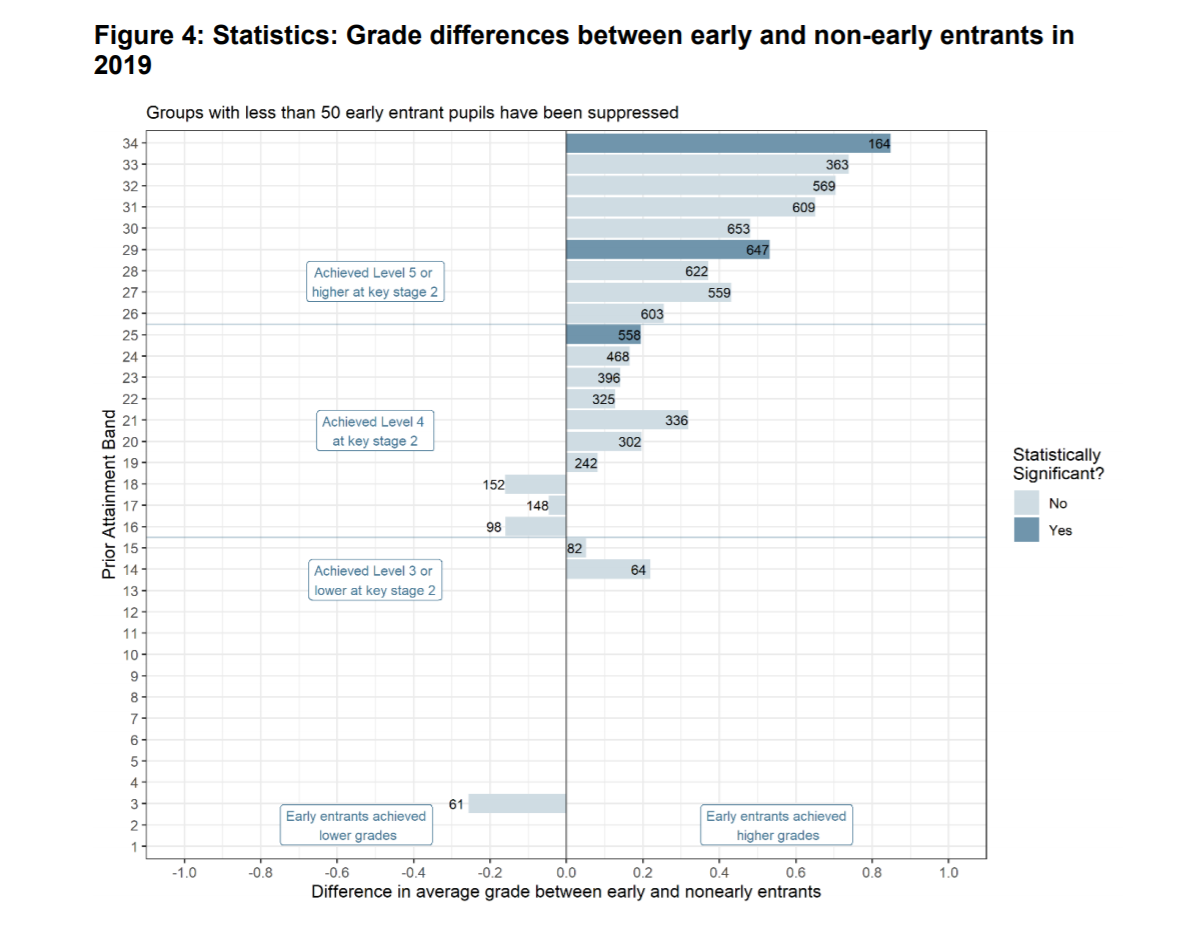 “Early entry to GCSEs does not always benefit pupils, as they tend to achieve lower grades than those who take exams at the end of Year 11 – schools should consider these findings when deciding exam entries in future,” a spokesperson said.