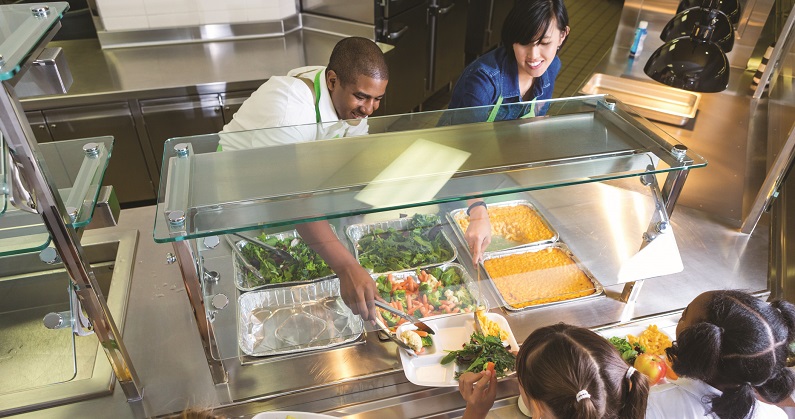 Schools are being urged not to revisit the government’s national free school meal voucher website unable to cope with demand as leaders label the system a “farce”.

The website for Edenred, the voucher supplier, was “offline” for the whole Easter weekend so it could be upgraded to meet overwhelming demand as families living in poverty are left waiting for the weekly £15 vouchers.

In an email to schools, seen by Schools Week, the firm has now urged those without an “immediate requirement” to stop visiting the site, and only submit orders four days before they are needed.

It comes as Edenred is accused of “unbelievable profiteering” for using a premium rate number phoneline for stricken staff trying to find out if their vouchers were being processed, with one school spending over £60 on calls.

The firm has since set up a national rate number, and said it has never promoted or directed schools to a premium line nor did it “set up or seek to profit from a premium rate phone”.

The government is now under pressure to fund schools to use locally approved voucher schemes instead, with the “panicked” U-turn on funding vouchers over Easter blamed for overloading the national system.

‘It’s just been a fiasco’

William Rhodes primary, in Chesterfield, had set up its own voucher scheme for the more than half of pupils on free school meals. But they switched to the national scheme as it meant they no longer had to fund the voucher and then claim the money back.

But headteacher Rachel Purvis said: “It’s just been a fiasco. I’ve managed to get one of three batches through since ordering on April 2.”

The school had to help parents set up email addresses, as many didn’t have them because of lack of internet access. But she said the delays and problems with logging orders has been “farcical”.

“We’ve just had to keep saying to parents ‘they will be coming through at any moment’. You wouldn’t believe the time we’ve spent on this – it’s ridiculous.”

She’s one of many school leaders who have taken to social media to berate the service.

Anger was amped up this weekend after those who tried to visit the website to check on delayed orders were greeted with a holding page saying it was “temporarily offline” so the system could be upgraded.

In an email sent to schools today, seen by Schools Week, the company said “higher than anticipated” orders placed last week had an “impact on the performance and experience”.

The government u-turned on plans to only fund vouchers in term-time on Saturday, April 4 (one day after schools had broken up).

Edenred said its team had worked “day and night” through the Easter weekend to process orders and develop system capability.

But problems are still persisting.

Julie Mitchell, a school business leader, tweeted today she had been “thrown out a number of times and have spent the rest of the time waiting for the website to respond. Shocking, shocking service that impacts on some of the most vulnerable families.”

In its email today, Edenred said existing orders with the status “paid” will have emails sent to families, or eCodes sent to schools, by 8pm tonight.

Schools warned to stop checking website, and hold off on orders

However schools that have already placed an order, which has not yet been processed, and do not have an “immediate requirement for eCodes this week”, have been urged to “not access the service”.

“If we can balance the load on the system, we can provide a consistent and constant flow of essential support through to families,” the email, sent on behalf of the DfE, read.

Schools are also being told to hold off submitting orders for next week onwards until “four calendar days before the due date”.

The DfE has also agreed schools can now place orders for up to four weeks of vouchers at a time, as well as ordering combined vouchers for children in the same household.

Edenred said this will “reduce the administrative burden on schools and reduce the volume of visitors” meaning a “significant difference to your experience”.

The firm has now established a national rate phone line after previously only issuing a premium rate number.

Purvis said her school had run up a £64 bill, with other schools reporting similar hefty fees. “I don’t know how they got the contract, it seems extraordinary,” she added.

But for many this is too little, too late.

The Institute of School Business Leadership is lobbying for the government to reimburse all schools who have instead set up their own schemes. The government has said schools can claim for their own meal vouchers, but it’s not clear in what circumstances.

Chair Matthew Clements-Wheeler said it was time for the DfE to “step up… The #FSMvoucherfarce has gone on long enough. Tell schools and trusts you will fund locally arranged schemes.”

“I believe Edenred are doing everything they can in the circumstances , but it’s obvious they are struggling under the pressure. DfE need to recognise this and fully support schools who use alternative systems. That means £15 for schools doing their own catering or food parcels and £15 for those using alternative voucher providers.”

The Department for Education said staff were working “tirelessly” with Edenred to resolve outstanding technical problems.

Purvis added that with local services such as foodbanks and church food donations being on hand for families to access, she was “confident people aren’t going without food – but not thanks to Edenred”.