The Department for Education (DfE) is planning to amend guidance to recommend fire suppression systems – such as sprinklers-  be installed in all new special schools and new school buildings with a floor level above 11 metres.

A revised Fire Safety Design for Schools bulletin was published today setting out its changes as part of a draft for consultation.

It comes two years after the DfE first invited views on how best to update guidance on fire safety design in schools in the wake of the Grenfell Tower fire.

Fire safety campaigners have long been calling for all new schools to have sprinklers. But the proposed new guidance only goes so far as stating sprinklers should be installed in new special schools.

For all other new buildings, the guidance advises automatic fire suppression systems be installed in new buildings with a “storey above 11 metres above ground level” only. The average room height is around 2.3 metres.

It adds: “The height is measured from ground level on the lowest side of the building to the top of the floor surface of the top storey.”

In February, Schools Week revealed that sprinklers were unlikely to be made mandatory in the 50 school rebuilding projects announced by the government.

Even if the recommended guidance released today was approved it would still not be mandatory as it is non-statutory guidance. 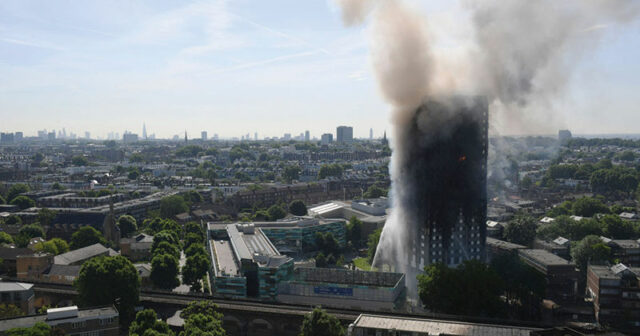 The guidance also “raises the standard required for external wall cladding”. It explains that for buildings of any height “the choice of materials for external walls . . . needs to be based on reducing the risk of fire spread over the walls”.

The regulations are intended for use for those building new schools and now sets the minimum levels of automatic fire detection and alarm systems.

It adds a fire-warning signal should be distinct from other signals and “be accompanied by clear verbal instructions”.

Class change signals should not exceed five seconds to “avoid risk of confusion”.

The draft also now recommends that single escape stairs should not be allowed in new constructions.

The government also today released a summary of responses it received to the consultation launched after the Grenfell tragedy.

Around 20 per cent of respondents thought the guidance on single staircases should be revised to that in the future all schools have a minimum of two staircases.

About one-third of respondents called for the installation of sprinklers in new schools but the “majority view” was that while sprinklers can provide “additional benefits in buildings, physical fire protection measures and the management regime need to stand alone without sprinklers.”