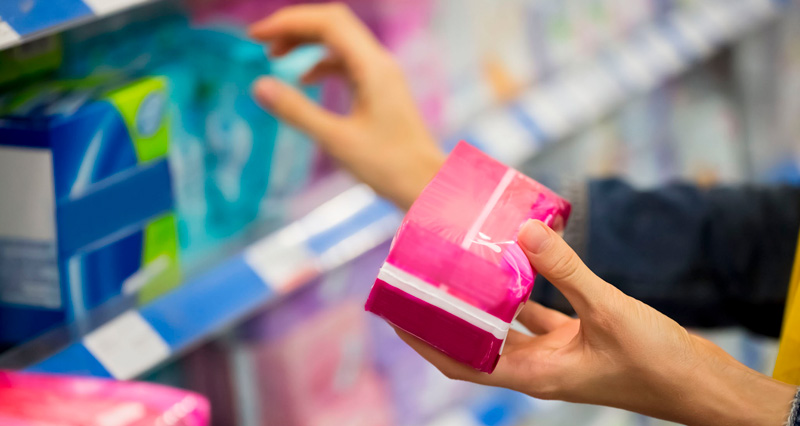 The government will spend up to £20 million supplying free sanitary products to schools and colleges across England, it has emerged.

The chancellor Philip Hammond announced in his spring statement that all secondary pupils would get access to free sanitary products from September this year in a bid to fight period poverty. Details of the funding available were not revealed at the time.

Ministers announced an extension of the policy to primary schools in May, but have since admitted the implementation will be delayed to early next year.

Tender documents published by the Department for Education show the government is prepared to spend between £10 million and £20 million on the scheme between September this year and the end of 2020. The DfE will then decide whether to extend the contract by 12 or 18 months.

If the full £20 million is allocated, it will work out at a spend of £11.76 for each of the 1.7 million pupils and students eligible.

It is not yet known how the government arrived at the 1.7 million figure. There were 3.26 million pupils in state-funded secondary schools as of January this year, and 2.2 million students at the country’s further education colleges.

According to the documents, the DfE is looking for a “single national supplier” to source an “appropriate range of period products”, to design and implement “user interfaces and support services” and to plan and executive a national delivery service.

“We have estimated the value of this opportunity to be in the region of £10 million to £20 million based on an anticipated level of take-up across the 1.7 million eligible learners,” the tender states.

“The funding for this opportunity is contingent on user need, alongside the delivery and distribution methods used by any successful bidder.”

Despite the anticipated delay to the start of the scheme, the contract is due to begin this September and end in December 2020.

It follows concerns raised by the environmental charity City to Sea that the government won’t specifically require all the products offered to be plastic-free.

Nadhim Zahawi, the children’s minister, said the government was “determined that no one should be held back from reaching their potential, which is why we are making free period products available to all schools and colleges from early next year.

“In designing this scheme we have carefully considered our impact on the environment – encouraging eco-friendly products to be offered where possible – while making sure the programme remains cost-effective and sustainable.

“I encourage all bidders to think carefully about how they could reduce their environmental impact, while at the same time ensuring their products meet the needs of all who use the scheme, so that no young person misses out on education.”

The announcement also comes after Plan International UK, the co-chair of a government taskforce on period poverty, said schools must change the way they teach and talk about periods if they are to tackle the stigma that contributes to two in three girls missing lessons.

A recent survey found that two thirds of girls have missed a part day or full day of school because of their period.