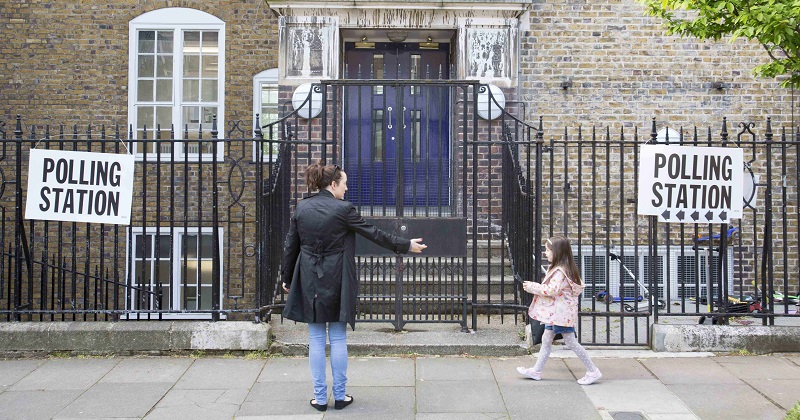 School staff are being reminded to “avoid activity that could be construed as partisan or favouring a particular political party” ahead of December’s election.

The Department for Education has published pre-election guidance for schools and multi-academy trusts, which reminds them of their duty to ensure balance in their teaching.

The law on what schools can and cannot do during election periods has not changed, but the government has issued renewed guidance following the decision of Parliament last week to call a snap poll.

Campaigning by teachers and heads on issues like school funding became a controversial issue in 2017, with Conservative politicians accusing some of overstepping their role after letters were sent to parents warning of the impact of funding cuts.

In its guidance, the DfE insists that restrictions on political activity “also apply to the use of school information and communication technology facilities”.

“You should not use school ICT facilities for the distribution of political material, including that produced by third parties, either within the area of the school site or beyond.”

LA-maintained schools are also being reminded that their budgets are only for “any purposes of the school or such purposes as prescribed in regulations”, and that schools “should not use their budget for other purposes”.

In the case of academies, their model funding agreement for academies requires that they only use their general annual grant “for maintaining, carrying on, managing and developing your academy”.

“During this period of heightened political activity and sensitivity, you should ensure your school and staff avoid activity that could be construed as partisan or favouring a particular political party,” the guidance states.

However, there are no restrictions on schools’ ability to use the pre-election period “to raise pupils’ awareness and understanding of the political process”.

“Activities could include hustings events and visits by local candidates or political party representatives. Where these events take place, you should be careful to ensure that reasonable steps are taken by the school to ensure that pupils are offered a balanced presentation of opposing views.

“Schools are also able to run events such as mock elections involving pupils and overseen by school staff. You should ensure these are conducted using set rules and provide scope for all registered political parties to engage where children wish.”

The law also does not prohibit school staff from campaigning in a personal capacity, providing school resources are not used.