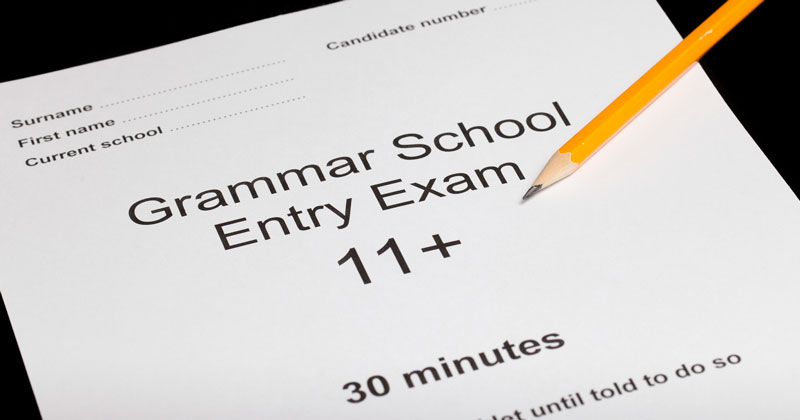 The government has been accused of passing the buck over 11-plus admissions tests in Kent.

Documents seen by Schools Week show that the campaign group Comprehensive Future was referred to the Office of the Schools Adjudicator (OSA) when it complained to the Department for Education about the testing regime used for selective school admissions in the county.

The OSA later told the group that it had “no remit in relation to 11-plus tests” and could only look at them in the context of complaints about admission arrangements of a particular grammar.

Comprehensive Future said the current set-up left families having to grapple with the admissions complaints process, often without the necessary knowledge or understanding.

Dr Nuala Burgess, the group’s chair, said the lack of scrutiny of the 11-plus was “deeply worrying”, and that grammar schools entry processes were “secretive and opaque”.

“Every other public exam has accountability and regulation,” she said. “The DfE is effectively leaving it to parents to develop the necessary expertise to be able to challenge a host of anomalies and inconsistencies that exist in all the different 11-plus tests out there.”

Comprehensive Future is concerned about a suspected gender bias in the pass rates of some 11-plus tests and “a lack of standardisation that discriminates against younger pupils in others”.

Parents are also concerned about inconsistencies.

The group’s complaint about Kent was that the test used by the county did not support the admission of disadvantaged pupils, and that its impact for that group was not monitored by Kent County Council.

But Jim Skinner, the chief executive of the Grammar School Heads’ Association (GSHA), dismissed Comprehensive Future’s “spurious” claims. “The individual grammar schools, local authorities that run tests, the GSHA have all done a huge amount of work with the test providers to make those tests as strong as possible in terms of being fit for purpose, so I just simply don’t accept what they’re saying.”

However, he did accept that “not everyone is going to make use of those sort of systems”, adding that local authorities still had a duty to be aware of admissions arrangements of schools in their areas and to raise concerns if they arose.

A DfE spokesperson said: “Where a parent has concerns that a school’s determined admission arrangements are unfair and unlawful, they can refer these to the schools adjudicator.”