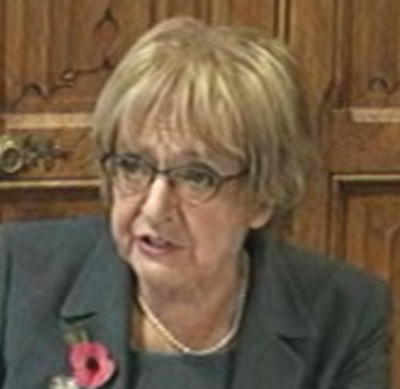 The Department for Education has been criticised for not doing enough to secure a better future for children in care – with the “shockingly poor” education attainment gap highlighted.

A report released today by the Committee of Public Accounts said the department needs a “step change in attitude and leadership” to prove it is serious about improving outcomes for children in care.

However the DfE says the report “purposefully ignores the very real progress the government has made in transforming the life chances of children in care”.

It comes after a Schools Week investigation last week which revealed narrowing the stubbornly high achievement gap for children in care remains a significant challenge.

Margaret Hodge MP, committee chair, said: “Since 2008-09 the gap in educational attainment has gotten worse, and in 2012-13 only 15 per cent of children in care achieved five or more GCSEs at A*-C, compared with 58% for children not in care.”

“The DfE has demonstrated an alarming reluctance to play an active role in improving services and securing a better future for this most vulnerable group of children.”

She added: “Unless the Department steps up and takes on this leadership role the system will not improve.

“Children in care get a raw deal, and there has been little or no improvement in outcomes for children in foster and residential care and how well they are looked after.”

The report said the DfE does not know if its new initiatives to improve educational outcomes for children in care, such as virtual heads, are working.

It added: “We agree with Ofsted that the gap in educational attainment between children in care and their peers remains shockingly wide. For example, at GCSE level, the gap in attainment was 38% in 2008/09, but was 43% in 2012/13.

“In response, the Department now requires all local authorities to appoint a virtual school head—to champion the educational ambitions on behalf of the authorities’ children in care—and it has doubled the pupil premium for children in care.

“However, the Department has not evaluated whether these changes are having a positive impact. Instead, it says it will wait to see if there are overall improvements in educational attainment, an indicator that it publishes on a regular basis. The Department’s approach mean that it does not evaluate the impact of the spending it mandates of others.”

The report made a number of recommendations, including for the DfE to take an interest in outcomes and develop measures of success to share with councils.

A DfE spokesperson said: “This report purposefully ignores the very real progress Government has made in transforming the life chances of children in care.

“It is a fact that vulnerable children are doing better than ever. Children in care are doing better at school and absences have decreased. We have introduced tough new rules to stop children going missing, are intervening in councils across the country to ensure children are receiving the services they deserve and we have undertaken a review of secure places for the victims of CSE.

“To tackle problems early on, we’re also enabling councils to look at innovative ways in caring for vulnerable children, backed by £100m of government funding. We will respond to the Committee in due course.”