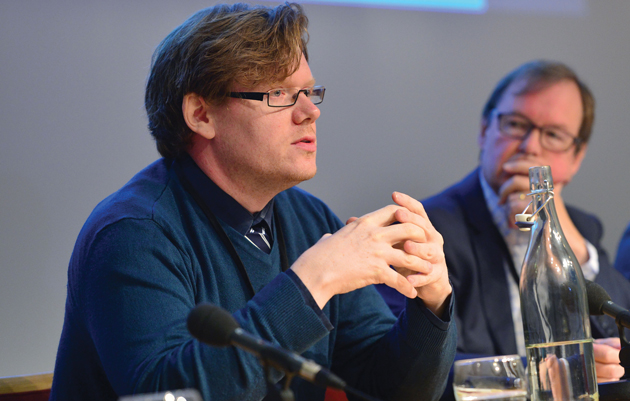 The late accreditation of new exam specifications could delay subject textbooks being ready for September.

Figures released last week showed final specifications for more than half of the new GCSEs and A-levels have not yet been accredited.

Qualifications watchdog Ofqual and exam boards have come under fire for the delay, which is leaving teachers “no time at all” to prepare for the changes.

And now teachers are raising alarm bells about the knock-on effect the delay could have on textbooks being ready for the new academic year.

Schools minister Nick Gibb continues to stress how important textbooks are in the classroom. He has previously said an “anti-textbook” culture in English schools was leaving pupils lagging behind those in top-performing countries.

John Blake (pictured), a history consultant and leading practitioner, said: “Certainly the late accreditation of GCSE history – and the new A-level history before it – caused a lot of consternation amongst history teachers, but whatever one thinks about the speed of accreditation the textbook issue is a deeper one.”

History was now fully accredited. But Mr Blake added: “It’s true one of the problems created by late accreditation is delay in textbooks arriving into schools, as it’s obviously impossible to plan from textbooks you don’t have.”

But he said a “significant part” of the problem was English education publishers offering – and schools expecting – textbooks tied directly to specific specifications.

He said textbooks instead should cover a range of topics in significant depth.

“Teachers can then adapt to their own use depending on their students and their preferred model of delivery, rather than have the textbook only for one particular specification, which does not deviate from it nor go beyond it.”

His view was echoed by Tim Oates, CBE, head of research and development at Cambridge Assessment. He said: “The narrowness of previous textbooks targeting particular specifications appears to be a principal driver for undesirable narrowing in the school curriculum.

“Good textbooks should therefore be available for subjects not long after the content is signed off by the Department for Education.”

A spokesperson for fellow exam board AQA said: “We know teachers find textbooks really helpful, so we’re working to minimise any delays – we’re staying in close touch with publishers and letting them know about any changes to our specifications as soon as they’re made.”

Figures from last week showed 90 of the 156 specifications for new GCSE and A-levels were yet to be accredited.

Mary Bousted, general secretary of the Association of Teachers and Lecturers, said the reform programme was a “major cause of stress for teachers”.

However, Mr Gibb said content for core subjects had been published as long ago as April 2014. He added that draft specifications were available from August last year so there was “no barrier to schools getting on with preparations”.

An Ofqual spokesperson said: “We understand teachers are keen to choose their preferred board and textbooks. The new curriculum content has been available for some time and exam boards publish draft specifications. We are working as swiftly as possible to accredit the new GCSEs and A-levels without compromising standards.”