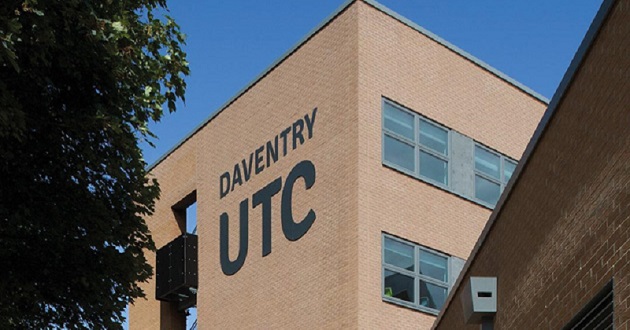 Low student numbers will lead to closure of another University Technical College, the sixth to close or announce closure since the project launched five years ago.

The trustees of Daventry UTC, a new technologies specialist institution in Northamptonshire, announced yesterday that it would close next August.

According to government documents, the government spent more than £9.3 million in capital funding to get the college up and running in 2013.

The UTC is not financially viable into the future

The announcement follows the closure of UTCs in Hackney and the Black Country in 2015, and in Lancashire and Bedfordshire earlier this year. Royal Greenwich UTC in south east London will convert to become a secondary school next summer following financial problems.

Figures obtained by Schools Week’s sister paper FE Week show that Daventry was running at 25 per cent capacity last year with 151 on roll, down from 169 in 2014-15 — despite a capacity of 600.

It also became the first standalone UTC to be given a financial notice to improve by the Education Funding Agency in May.

A statement published on the UTC’s website yesterday said resources and numbers of pupils were “irretrievably linked”, and that the college’s “inability to recruit students within the Daventry district and further afield has meant that the UTC is not financially viable into the future”.

The UTC will not accept applications for entry from new pupils from next September, and bosses say they are working to find other options for current year 10 and 12 pupils to complete their studies. Two more UTCs struggling: one planning to become a secondary, the other facing takeover

Professor Nick Petford, the UTC’s chair, said the move was “hugely disappointing for all those who have worked so hard to give students the opportunity to pursue a technical education”.

“It was a difficult decision to take, but unfortunately although every attempt has been made to try to find an alternative solution, closure was the only available option due to low student numbers,” he said.

“The wellbeing and success of all our students remains our highest priority. Every effort will be made to ensure students get the support they need to complete their studies successfully.”

Interim principal Russell Ball said he was confident that remaining pupils would “experience high-quality teaching and learning and reach outcomes which match or exceed their potential”.

“We will be working closely with Northamptonshire County Council and other local education providers including Silverstone UTC to bring about a smooth transition for existing students in years 10 and 12,” he said.

“We will do everything in our power to ensure this process is both detailed and thorough.”

The UTC said human resources support and guidance would be offered to staff and measures would be taken to ensure transition for pupils was “as smooth as possible with minimum interruption to their education”.