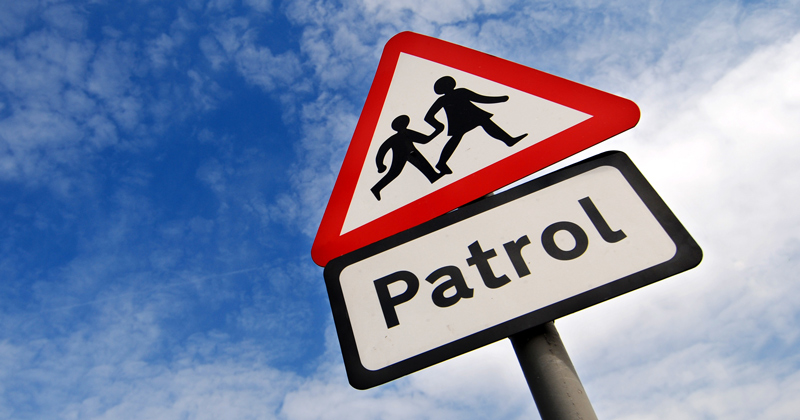 More headteachers are opting to arm school crossing patrol officers with body cameras to clamp down on dangerous driving during the school run.

The decision followed a six-week pilot at nearby Camelsdale primary school, where the crossing officer was reporting transgressions such as speeding drivers to the police twice a week.

Incidents have since reduced and traffic has slowed as a result of its camera, according to the school.

After hearing the results, the head of Harlands, Jane Goodlace, said she felt it was “vital” to purchase a £200 camera because her pupils were often put “in the face of danger” as reckless drivers narrowly missed them and her patrol officers.

Jon Richards, head of education at Unison, said many school patrol officers “too often” had to report abuse and faced “injury to themselves and the children they serve” because of dangerous driving during the school run.

In 2015 there were 1,046 child pedestrian casualties during the morning school run from 6am to 9am, according to latest figures from Road Safety Analysis. The number increased for the evening pick-up, with 2,986 child casualties recorded from 3pm to 6pm in the same year.

Richards said that while body cameras did not “necessarily” stop incidents, they could be “valuable evidence in following up dangerous driving”.

Schools must put up signs if body cameras are used. Footage is passed to the police to consider prosecution if an offence is captured, with offenders facing a possible fine and three points on their licence.

If nothing of note happens in a day, the camera’s memory card must be wiped so no footage is kept.

The first person to be prosecuted from evidence from a school patrol officer’s camera came last year in Bedford, where footage showed a woman narrowly missing two adults, three children and the crossing patrol officer in June 2015.

Richards said he expected more people to be prosecuted as a result of the technology but it was “important” for schools to consult with staff and their safety representatives on the introduction of any new technology, “so people understand the benefits, the times they should be used and any unintended risks”.

It is a criminal offence to drive past a school crossing patrol when an officer is in the road.