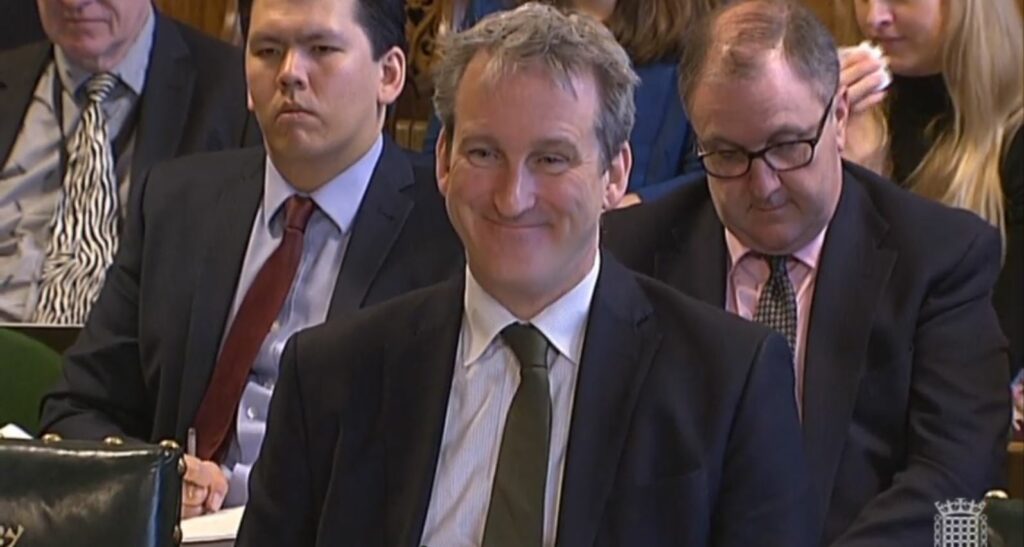 Damian Hinds faced his first interrogation by the parliamentary education committee this morning.

He used the opportunity not to answer questions on whether he wants to allow inspections at multi-academy trusts, and made four other revelations we think are noteworthy.

1. No commitment to MAT inspections

Faced with repeated questions from former shadow education secretary Lucy Powell about more “joined-up and robust” oversight and accountability at multi-academy trusts, Hinds would not commit to allowing Ofsted to inspect MATs.

Amanda Spielman, the chief inspector of schools, wants powers to directly inspect MATs, rather than carrying out “focused inspections” of their schools, as Ofsted does now.

Powell grew increasingly frustrated as Hinds outlined the processes already in place, rather than discussing new ones. She referred to problems at large trusts like WCAT, Collective Spirit and Bright Tribe, where “one arm of government perhaps spotted something and it wasn’t passed to another”.

“And that’s why we think Ofsted having the power to inspect MATs directly would be one way of addressing that lack of joining up,” she said.

Hinds said “the system can act” and there should be “good processes in place” if things do go wrong. But his response was not good enough for Powell.

“It sounds like you’re probably not going to do a great deal on that,” she said.

Hinds did not rule out the possibility that home schooled children would be included in the government’s review of exclusions practices in schools.

Ian Mearns asked if the review, which was announced last week, would include the “burgeoning of elective home education” and warned there is a “huge growth in children being electively home educated having been off-rolled by schools”.

Hinds paid tribute to parents who “selflessly” home-school their children and said they deserve “our appreciation and our support”. He accepted there has been “substantial growth” in the number of home schooled children but said it would be “wrong” to “entirely ascribe it” to off-rolling.

However, schools should not be “pushing” for parents to home school their children.

“I don’t want to prejudge what the review will look at but I will take your point and pass it on,” he concluded.

3. Pupil premium funding could be reviewed

Pushed by Michelle Donelan on whether it was time for a “proper, full-scale review” of pupil premium funding, Hinds said it was “right” to always question whether deprivation funding is correctly targeted.

“I absolutely don’t rule out looking at that again. It’s right that we are constantly re-examining how we do all of these things. I think it’s absolutely vital that we keep those things under close watch,” he said.

He also believes schools should have autonomy when it comes to spending the premium.

4. Councils have more power over illegal schools than they realise

Hinds faced questions over unregistered and illegal schools, described by committee member William Wragg as “those rag-tag and bobtail schools, the ones that have been taught out of sheds and so forth”.

The education secretary said the government has been consulting on its enforcement policy “to make sure everyone is absolutely clear” on the powers of Ofsted.

But there is “actually more power than is sometimes supposed”, councils and other agencies must be “clear about those, and we are working to do that”.

“We are also working with specific local areas, funding a coordinator who will be employed by the local authority but funded by us, to bring together those different agencies all of whom can have a role to play when looking at unregistered settings,” he went on.

This includes “everything from the fire service, the Charities Commission, health and safety people and so on in making sure it’s more broadly known what powers do exist”.

5. Hinds has never been to a UTC

The education secretary said UTCs play “an important part” in a “diverse school system” but was forced to admit he has never visited one.

“I have visited quite a lot of places,” he said. “It’s just a matter of working through my list.”