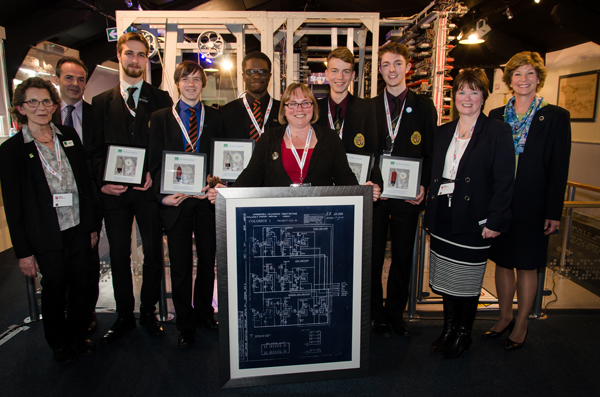 A team of tech-savvy Essex students have won a cyber-security challenge at Bletchley Park, the war-time intelligence centre used to crack Nazi codes and ciphers.

A group from King Edward VI Grammar School (KEGS) headed to the historic site, where Alan Turing cracked the Enigma code, to compete under the watchful eyes of cyber experts in the first CyberCenturion challenge.

Eight teams of 12 to 18-year-old made it to the final, which marked the end of nine months of intense competition.

They all became “cyber-experts” at a fictional video games company “targeted” by rival businesses. Their task was to protect customer data and intellectual property against hackers.

KEGS’ engineering coordinator Penny Bunting says the win was a “really proud moment. They took an early lead on the day of the final, but had fallen back later on so it came as a real surprise that they were announced as overall winners.”