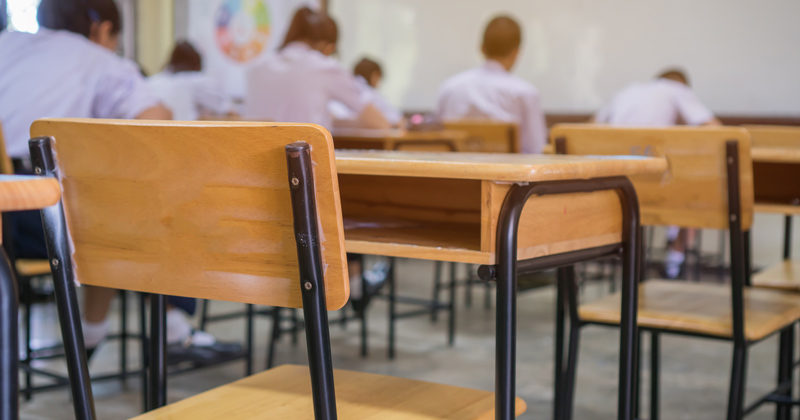 The drop in pupil attendance has seemingly plateaued, but around one in 10 pupils still remain absent from school for Covid-related reasons.

The latest attendance data from the Department for Education (DfE) shows that up to 798,000 pupils – between 8 and 10 per cent of the total population – did not attend school for Covid-19 related reasons on November 26.

This represents a slight decrease from the previous week where up to 876,000 pupils did not attend school.

Geoff Barton, general secretary of the Association of School and College Leaders, said the level of disruption is “still very significant”.

The DfE reports that of the pupils off school last Thursday, 19,000 pupils were off with a confirmed case of coronavirus, 29,000 with a suspected case and up to 688,000 were self-isolating due to a potential contact with a case of coronavirus.

Additionally 62,000 pupils were in schools that had closed as a result of Covid-19 – a slight decrease from around 66,000 the previous week.

Overall attendance at schools did slightly improve – rising from 82.9 to 83.5 per cent last Thursday.

The percentage of schools reporting they had one or more pupils self-isolating also decreased compared with the previous week.

Sixty-eight per cent of state-funded secondary schools reported pupils self-isolating, compared with 73 per cent the previous week while the percentage of state-funded primaries reporting this dropped from 29 to 26 per cent.

A DfE spokesperson added it is a “national priority” to keep education settings open full-time and around 99 per cent of schools had been open since the start of term.

But Barton added he’s concerned about the last week of term when “any positive cases will result in many children and staff having to self-isolate over Christmas in line with Covid protocols.

“We are pressing the government to allow schools to move to partial or full remote learning during that week if they feel this would help address the situation.

“Parents, children, and school staff surely deserve this small degree of flexibility from the government at the end of an extremely stressful term.”

The government has said schools can’t close early, however decisions have been inconsistent. Last week, a trust was told it must U-turn on plans to close early, while another was allowed to extend its Christmas holidays.