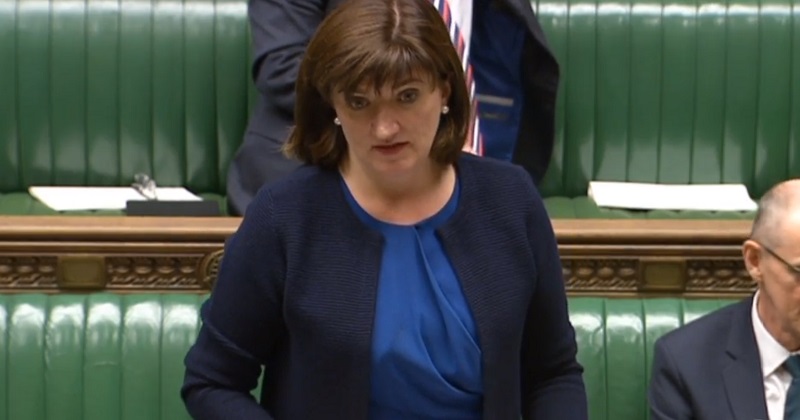 Schools are struggling to fund their pupils with special needs while some local authorities are building up reserves rather than distributing resources, according to a new report by an MP.

A review published last week by former Conservative MP and special educational needs and disabilities (SEND) adviser, Lee Scott, said limits on funding were “being used [by local authorities] as a reason not to provide” support, including therapists for pupils.

Schools also had to contribute more cash for pupils from their own budgets before they were allowed to apply for extra help, it said.

Headteachers are already awaiting a decision on the future levels of higher needs funding for pupils. It has been pushed, with the national funding formula, on a year to 2018.

In his report, commissioned by former education secretary Nicky Morgan (pictured) in March and produced from conversations with 200 stakeholders, Scott said some councils held reserves of millions of pounds while simultaneously cutting SEND provision.

“Looking at published accounts, it’s clear that local authorities are holding large reserves for emergencies (in one case, these amounted to £150 million).

“I understand the reasons why they need to put money aside for these purposes, but the sums involved seem hard to justify when some local authorities are making large cuts to SEND services.”

Schools were being asked to contribute more than the required annual £6,000 per child from their own “notional SEN budget” before they could apply for an Education, Health and Care Plan (EHCP) and its attached greater funding – in some cases up to £4,000 more.

Councils were often keen to avoid the required EHCP assessments and the estimated £5,000 cost of transitioning from the old SEN statements, said Laxmi Patel, a SEND solicitor at Boyes Turner in Reading.

She said local authorities were now offering cash that schools could pitch for before requesting an EHC needs assessment, which resulted in teachers being “pitted” against one another for a limited amount of funding.

“I know in some areas that local authorities are reluctant to pass on funding. They say rather than putting in a request for an EHCP assessment, they will provide an amount of money for a cluster of schools and then, say, bid for money from this pot.

“Special needs co-ordinators are quite distressed about this as they are pitched against each other.”

The report said that therapists were not always found for pupils; Patel agreed and said educational psychologists and speech and language therapists were especially challenging to recruit.