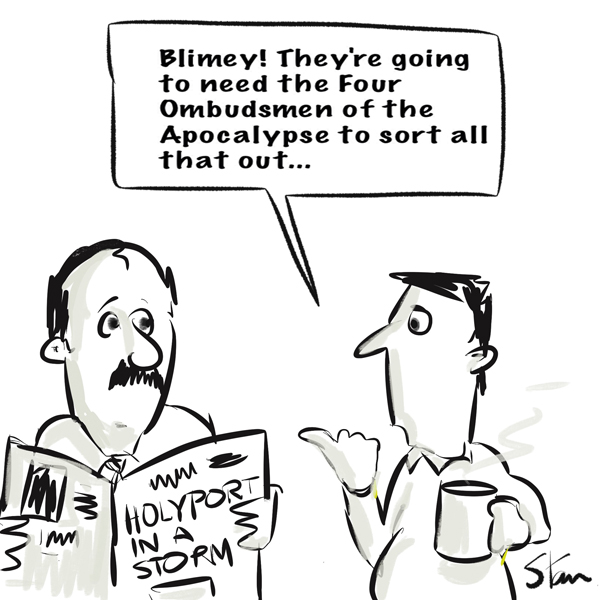 A council facing a £6.6 million funding shortfall to meet demand for extra school places has come under fire for handing a windfall worth almost £500,000 to a £15 million new free school.

Campaigners are now threatening to take action after the Royal borough of Windsor and Maidenhead council decided to hand Holyport College £480,000 of funding from developers.

The free school – sponsored by Eton College – was founded in September 2014 by the council’s deputy leader Simon Dudley, who is also chair of governors.

The day and boarding school aims to provide places for children whose parents have been “priced out” of the independent school market. Boarding fees start at £11,825.

It became embroiled in the funding row in March after the council made a U-turn on plans to share the cash secured from a section 106 agreement – money paid by a developer to the council to reduce the impact of a development – with nine schools across the borough.

The council says new regulations meant the money could only go to one named school expansion project.

Holyport was chosen because it was deemed the most oversubscribed school in the borough, with 241 applications for 22 day places in year 7 last year.

Its capacity was this year boosted by 48 places, which will lead to a potential roll of 548. But only 32 extra pupils were admitted this September. The extra 16 are spots in the sixth form, which has yet to open.

The controversial decision comes amid an impending shortage of places in the region – although cabinet councillors were last night due to decide whether to delay expanding three schools in light of a £6.6 million funding shortfall within the local authority.

A council spokesperson said the delay would affect a revised expansion programme, due to begin in 2017, which took into account forecasts of pupil place requirements.

“There is no delay to when required places are being provided,” she added.

The council had previously said it would only allow expansion for schools rated good or outstanding by Ofsted, and those that met “coasting” criteria.

That was due to be revised last night as all the schools in one of its areas – Maidenhead – did not meet the targets.

It is another issue that has angered campaigners as Holyport has not yet been inspected or had any exam results, so does not meet the expansion targets.

When questioned during a council meeting in July, council leader David Burbage said the rules did not apply to Holyport as it was a new school.

Then children’s services chief Alison Alexander, since promoted to managing director at the council, made the decision behind closed doors to award all the money to Holyport.

The council said because it focused negotiations on one scheme, it was able to secure three times the amount of cash from developers.

During negotiations council officers also secured £135,000 for another school, Furze Platt. However, this further angered campaigners as Mr Dudley’s wife sits on the school’s board of governors.

They have also raised questions about why Holyport sent out letters offering extra places weeks before the money was officially agreed by full council.

More than 1,600 residents have signed a petition calling for the decision to be revoked.

Campaigners are now threatening to call in the ombudsman should the council not provide more answers.