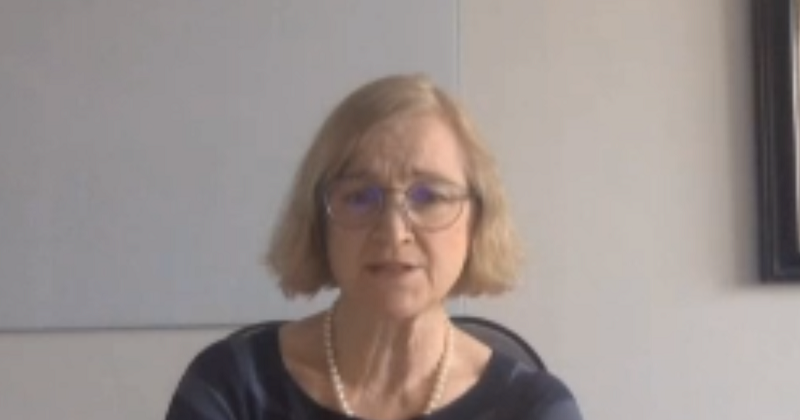 The chief inspector appeared in front of the Parliamentary education committee by video link this morning, to answer questions about coronavirus and other pressing issues facing the inspectorate.

Spielman told MPs this morning that she was “not expecting to be asked to resume full routine inspections before the end of the summer term”.

As revealed by Schools Week, Ofsted paused all routine inspection activity in mid-March, following a decision by the government to ramp up measures to tackle coronavirus.

During today’s committee meeting, Spielman said it was too early for her to say how any return to routine inspections might work, but insisted inspections would play a more important role once they resume.

“We’re going to have a year where there are going to be no tests and exam results, so there is going to be more weight, not less weight, put on the outcomes of Ofsted visits,” she said.

“I think it’s very important that parents aren’t left completely in the dark.”

Spielman said it was “impossible” for her to say how long schools will get before they are inspected once inspections resume.

Asked how inspections would be run if pupils’ return is phased, she said: “We have so little certainty about the kind of phasing that we might see, that it is impossible for me at this stage to say ‘no inspection until…’

“It’s simply too uncertain at the moment.”

The chief inspector said Ofsted’s deferral policy, which allows schools to delay inspections under certain circumstances, was “always under review”.

She said that “of course we’ll want to look” at the policy in the aftermath of coronavirus, and at when it will be “sensible and proportionate” to consider delays.

Asked whether Ofsted will be looking at how schools have responded to the coronavirus crisis, Spielman said: “We’re not going to be judging schools per se on their response to COVID-19.”

Once inspections resume, they will once again be focused on the quality of education, Spielman said.

“There is no standard of home or online learning by which we would be able to judge schools.”

Spielman told the committee that she was “seriously concerned” about the impact of partial closures on the most vulnerable pupils, for example, those in alternative provision.

“The longer the closure or almost closure, the greater the problems for those children,” she said.

The chief inspector added that COVID-19 “is clearly going to present the biggest problem for the poorest, the lowest-achieving academically and the least motivated children.

“Whether we like it or not, it is going to widen gaps, especially in the short term.”

5. Many Ofsted staff are ‘less than fully occupied’ …

Ofsted has a “considerable number” of staff who are “less than fully occupied” at the moment, Spielman told MPs, adding that her staff were “very willing” to do other work.

She revealed the inspectorate had surveyed all of its staff during the first week of the lockdown to work out if they had additional skills to help elsewhere, and these details were passed to other government departments.

Asked how many staff are volunteering for other work, Spielman said: “Our default assumption is that everybody who is not required for the business as usual work or redeployment to…other departments is available for wider work.”

Matthew Coffey, Ofsted’s chief operating officer, told the committee that over 230 Ofsted staff are now working with councils, with a focus on those rated ‘inadequate’ and those that have not improved since their last inspection.

6. …But there ‘isn’t demand’ for help in schools

Despite the availability of Ofsted staff, Spielman claims they are not needed in schools.

She referred to polling by Teacher Tapp, which showed that more than half of teachers are working “much less than usual”.

“There isn’t demand from the school sector at the moment for additional support,” she said.

“We are absolutely open and responsive to all initiatives but the general reaction from schools at the moment, and it might change when they reopen, but at the moment is that there is not a perceived need by schools for additional capacity.”